When the Media Utter the Words: Child Death 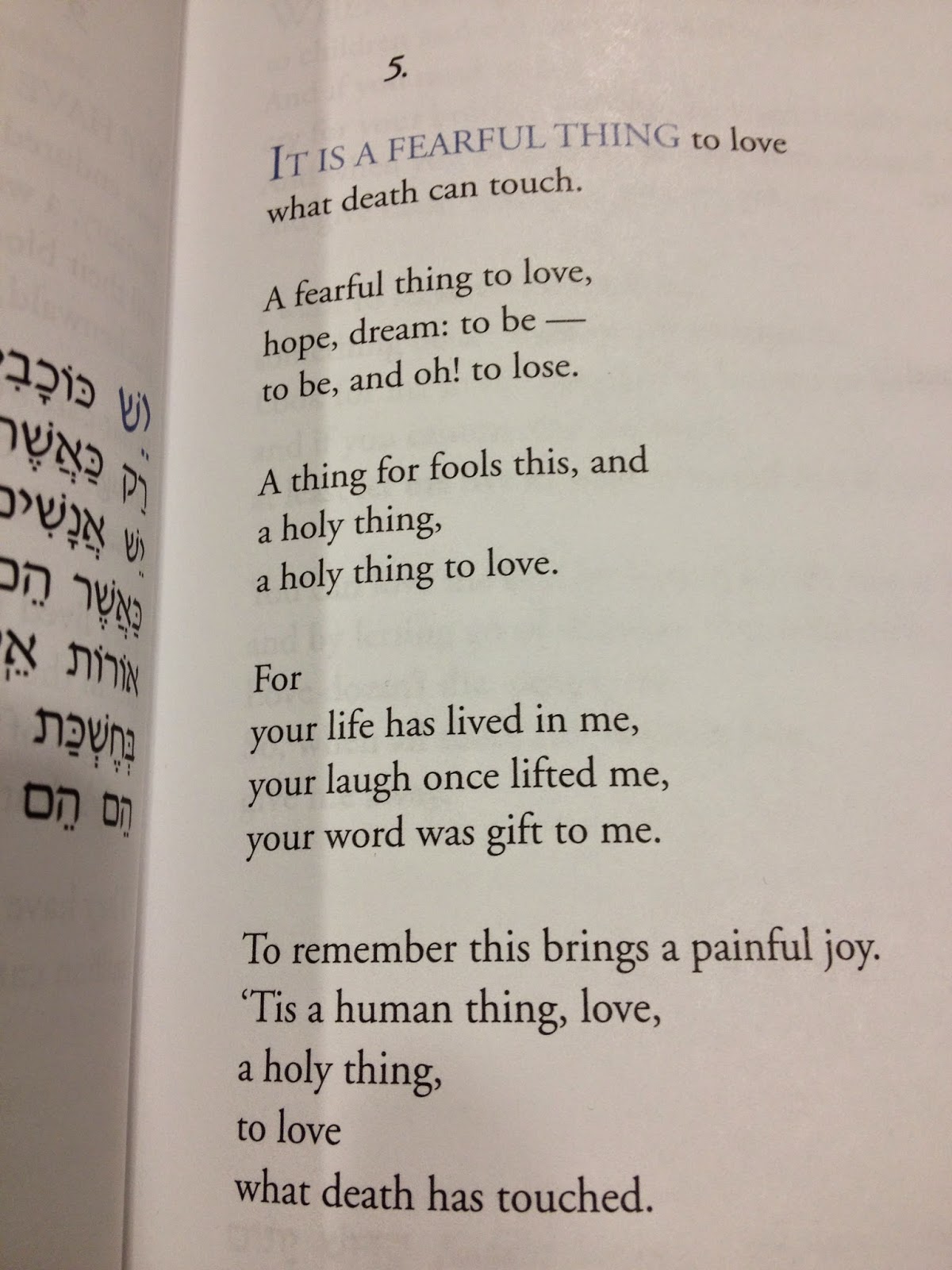 When the media utter the words 'child death'... all hell breaks loose. Especially during a party.

So this blog is not going to be popular.

I can feel it. I'm in the minority, perhaps, but I'd like to offer a dialectical view on the big event during yesterday's football game.

My email and phone exploded during the Superbowl.  As many now know, the Nationwide ad about children dying sent many of the non-bereaved into a tearful frenzy.  Bereaved parents around the world who contacted me were split, though the majority supported the ad, especially those whose children died at home from accidents. Most, however, do not represent all.

And not everyone will agree, particularly about such an emotion-laden, censored topic in our culture.

So, many want to know how I feel.  I rarely respond to these types of things but - literally - my emails have amassed to the point where I am unable to respond to each one.  Therefore, the blog.

First, I know the non-bereaved were not expecting this commercial.  People may tolerate commercials about domestic violence. Feminine hygiene girl power.  Even alcohol related sentimentality. But something to awaken them from their delusion that, somehow, their child will never die? Nope. That is absolutely unacceptable.  A "buzz kill" to quote one blogger. "Debbie downer" to quote a news reporter.  "What were they thinking to air that ad?" to quote another.

And thus, many non-bereaved took to social media about the ad:

Well, if you think it's morbid and horrific to watch an ad, imagine that this is your life. Oh I get it.  Everyone watching was in a party-with-Katy-Perry-on-a-pretend-lion-with rainbows and unicorns-leather and tights mode. But that isn't reality.

Reality? Well, children can- and do - die everyday.  And a certain percentage of parents watching the Superbowl's controversial ad yesterday- yes, some of their children will die. Some died today. And some will die tomorrow.  And for that, my heart breaks.

Tragically, that is the real outrage: the fact that every single day, parents lose their children, not just to accidents but to cancer, newborn death, illness, SIDS, homicide, suicide, non-preventable accidents, fires, medical malpractice, and the list goes on and on... How do I know? I've been a bereaved parent for two decades. And, I am a counselor to them every day, mostly seven days a week, for the past 18 years. Then, there is the research professor piece. I assure you, from someone who is immersed in this field of practice and study- as hard as it is to see an ad like this, to live as a bereaved parent is exponentially - unimaginably - unfathomably more painful.

Now, the bereaved who strongly disliked the ad... well, everyone is different. A few said their friends feared the ad was a reminder of all they lost... but really, there isn't a day when we are not reminded of all we've lost. Many parents I read on the net cited feeling 'triggered' as the main reason for their dislike of the ad.  Interestingly, however, most MISS Foundation parents, told me they appreciated the ad, even if they didn't "like" it, and even those whose children died in home accidents:  "If it saves just one life..."

I was, personally, not triggered and most parents I work with were not triggered because 'triggered' often comes with experiential avoidance.  And our group promotes integration, accommodation, making room for all the dark places that grief is in the aftermath of this tragedy.

Still, I recognize and honor that for some parents, the ad was simply- not ok. And that is to be expected to some extent. I'm saddened and sorry that some felt hurt by the ad. And Nationwide has its responsibility too...

Now, here is where I question them:


In sum, this is clearly a polemic issue for so many.

I am neutral on the ad.  I didn't like the presentation, yet, I think the concept was brave- I've never heard a company speak on this issue.  Yet, raising awareness is crucial, not just to prevent other deaths but also to open the door, even if objectionably and distastefully presented,  to dialogue.

So, I want to express cautious gratitude to Nationwide for getting an otherwise-apathetic general public off their asses to face this tragedy.

Children can and do die.  It happened to me. Maybe it happened to you. It happens to more than 200 new families every month who join the MISS Foundation.

And you- non bereaved person: It can happen to you. You are not exempt. Terrifying? Yes, we know.  Morbid? Somber? Horrific?

So, go home and kiss your children and spend time with them and be sure they know how deeply you love them. Why? Because death is inevitable for us all, and because even children die.  Remember that every moment with them is a gift.

We are all vulnerable creatures holding tightly to that which we love.

Deep bows and appreciation to those who have allowed me to share my heart.

Thank you for this post. ...for pointing out its clear shortcomings and Nationwide's inadequate handling,
And for expressing your opinion about it, an opinion I happen to agree with.

I saw its presence as a step forward, even with its shortcomings, in acknowledging child death and do wish they had acknowledged bereaved parents as well.

Thank you for your voice.

I haven't seen the ad.

Yes, childres die every day and no matter how, it is always a tragedy.

Thanks for sharing your thoughts with me.

I used to work as a nurse in a PEDS ICU, so I saw the accidents and the death. I now work in Perinatal Death and often I feel that society is forever shusshing me because what I do is too frightening to discuss openly. In that way I liked the openness of the spot.

The central message of the commercial "be careful and decrease fatal childhood accidents" is not the message I think society needs to hear...life is dangerous - always has been and always will be. I think the central message we all need is that when a death happens, we need to be kind and loving and help the bereaves start to heal and no one is going to pay to say that.

My family is also bereaved. My husband died suddenly 2 years ago and I found all the "dad centered" commercials triggered a huge fear in me that my teen daughter would see those "dad and the bride", "dad and the soldier" "daddy daddy" moments and she would hurt horribly. At least 3 times, I thought "Oh please let her not see this!!". Now Im afraid she will go into Mc Donalds and they will tell her to call her father for a free hamburger.

I hope the Nationwide commercial didn't trigger a lot of bereaved parents, but they weren't the only people hurting.

As a bereaved parent, ibfound the commercial powerful because it touched on a subject that is shushed so much by society. But info think they could have done a better job at getting the point across. The social reporter on the 10pm news tonight just shared this commercial as the worst in super bowl history because it was "such a Debbie downer." But child death happens even when life is going so great. There is no good time to air a commercial like this, but it does need to be spoken about. The McDonald s commercial I saw for the first time tonight. My first thought was exactly yours. What if their parent is dead!?!

Watching the commercial I was most upset by Nationwide's message and what I perceive as their corporate interest. To make such a heavy message happen and for the end result to really be the bottom line - buy our stuff - it felt exploitive.

But something you wrote struck a chord with me. I think the non-bereaved or those untouched by childhood death/accident/injury were so upset because it made them face that maybe something COULD happen to their children. And facing that is unacceptable in their world. Only Super bowl half time shows and bean dip are acceptable. And maybe we, on the other side, are a tad jealous that they get to be so outraged because it wasn't a funny commercial.

My heart broke for the families who have suffered such tragic and horrific loss when I saw this commercial--it felt to me like it would be a sucker punch to them. The world is often not very compassionate to bereaved parents and families. This seemed to just add hurt. Your response puts into words my feelings. It just seemed they missed so much about honoring each precious life that was ended far too soon. Using preventable seemed the most cruel to me. My heart ached for all the bereaved parents--which it does each day without any such commercial. Thank you for sharing your perspective. Love to all of those hurting.

Thank you for saying so perfectly what I was thinking and feeling as the bereaved parent of two children.

As a bereaved parent, I appreciated the Nationwide ad, but I am not in the early throes of grief. Your notes of how the ad could have been better are well stated and I suspect Nationwide will re-think their presentation next time as long as they're not bullied from ever broaching the subject again.

Anheuser-Busch took a beating many years ago when parents whose children were killed by drunk drivers raised holy hell over the Budweiser beer commercials especially during the Super Bowl.

Anheuser, along with some others alcohol manufacturers, agreed to include the "drink responsibly" tag on their print and broadcast media commercials. Other organizations and companies produced some very clever and eye-catching ads promoting "don't drink and drive."

I suspect Nationwide will incorporate measures to improve the delivery of its message in the future. I just hope we don't kill the messenger or throw the baby out with the bath water.

This. Amazing. The commentary against this as has stunned me. Bereaved parents can't have it both ways. We either want others to talk about child death or not. They may mess it up but at least they are talking. Thank you Dr Jo.

Thank you for your courage and thoughtful comments. I did not see the Nationwide ad but, like the Jeep ad ('this planet is a gift, use it responsibly') it sounds like a message every one of those watching needs to hear, and act upon. Protecting our children is not enough; part of our job is to prepare them for dealing with the unpredictable world they are moving into, and being willing to risk the consequences of their being part of that world. Thank you.