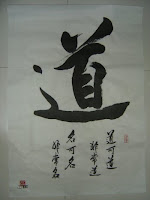 Nobody knows everything
and everyone knows something.
In ancient mythology, the final apotheosis of a Taoist who had transformed his body into pure Yang occurred after 1000 years in this world. He attained hsien (immortality) through mysticism, restoring the purest energies possessed only by newborn infants at birth. Once satiated with mortal life, he "ascended to heaven in broad daylight."

According to the Tao, life and death are but one of the pairs of cyclical phases, such as day and night, summer and winter. Life and death are not opposing forces; they are merely two variables of the same reality, "arrested moments out of the flux" of the chaotic universe.


From the Tao Te Ching

All creatures under heaven are born from being;
Being is born from nonbeing.

Everything has a beginning
which may be thought of as the mother...
Having realized the mother,
you thereby know her children,
Knowing her children
go back to abide with the mother.
To the end of your life, you will not be imperiled.

Undertake great tasks by approaching the simplicity in them.
Do great deeds by focusing on the small details.

Seek the unusual and creative, for there is greatness.

The Way of heaven is impartial,
yet is always with the good person.

The Way is empty yet it never refills with use;
Bottomless, it is, like the forefather of the myriad creatures.
It files away sharp points, unravels tangles, diffuses light, mingles with the dust. Submerged it lies, seeming barely to subsist...