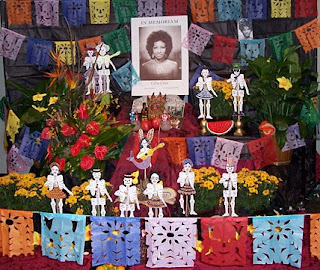 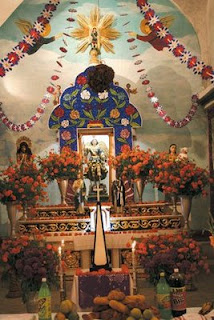 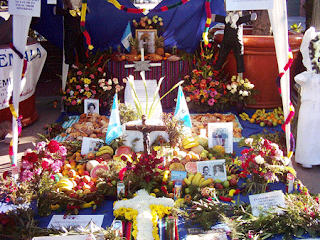 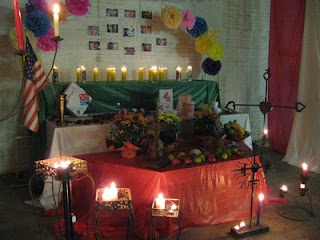 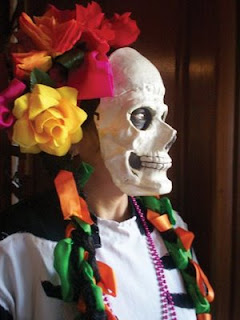 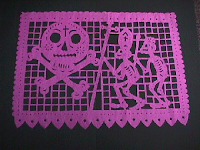 Other cultures are awash with death rites that have endured the test of time. One such tradition in Latin culture relates to rituals around death. For example, Hispanic culture often includes a novena after death, a nine-day period following the funeral when mourners recite the rosary in the name of the dead child. Families are often left undisturbed during this period.

Another during this time of year, El Dia de los Muertos (or some version of it), or the Day of the Dead, is celebrated throughout much of Latino America from Mexico to Guatemala to Brazil to Spain. This enduring holiday is recognized every November 2, and during this time of remembrance, all eyes turn toward the dead. It includes eccentric altars, offerings of food and drink and even fine fabrics. The rituals last four days. Families stay awake the entire night of October 31. If a child has died, family members await the return of the child’s spirit, known as Angelitos. A tiny candle is lit for each child and morning mass is recited.

Colorful paper banners, called papel picado (Spanish for "perforated paper") can be found hanging about the streets during this time. Usually made of tissue paper but sometimes of more durable plastic, the cut banners are hung together like a string of flags. For the Dia de los Muertos, the designs feature skeletons, skulls, crosses, and tombstones. Some artists create intricate designs that take many hours to make. Because of their fragility and the time spent creating them, cut-paper banners are themselves symbols of the transitory quality of life (AZ Central).
"The tradition of papel picado can be traced to pre-Columbian times when papermaking thrived throughout Mesoamerica. The bark of the amate tree, a type of fig tree, was used to make a rich colored brown or beige paper. Cut-paper figures used in ceremonies were created to represent any number of human and animal spirits. Today, a group of indigenous people, the Otomi from the village of San Pabilto, continue to make cut-paper figures from their handmade amate paper" (http://www.crizmac.com/free_resources/papelpicado.cfm).

Each day brings a new ritual until, on the final day, November 3, All Souls Day, three masses are recited and priests visit the cemeteries, blessing the graves and sprinkling holy water. At sunset, the graves are decorated with colorful accoutrements, candles, and flowers. Food may be offered at altars.  It is a death immersive, rather than death aversive, tradition:

The word death is not pronounced in New York, in Paris, in London, because it burns the lips. The Mexican, in contrast, is familiar with death, jokes about it, caresses it, sleeps with it; it is one of his favorite toys and his most steadfast loves (Mexican writer, Octavio Paz).

Death is an accepted part of life for many heritage-consistent Hispanic families, integrated into daily routines, where children are included in rituals and mourners express their emotions openly (Corr, et al, 2006). Death is a ubiquitous theme where “it is in the literature, on murals, in cutout paper figures and on the streets” (Irish, et al, 1993, p. 76). In Latino culture, the dead are not separated from the living; rather, they continue their presence in the family as grievers often do not relinquish bonds.

Joanne, I just started reading a few weeks ago in depth about this day. Thank you for posting this.
I wish Americans would embrace such things.

There are so many things this society could do to make grieving so much easier.

Here in America, of course, we pretend death won't happen, or at least can be prevented if we buy enough brand-name products.

Cool blog. Anybody who quotes Gandhi, Twain, Erich Fromm, Rumi, Thomas Merton, and Martin Luther King in one blog is...actually, I thought I was the only one who did that...though without the beautiful pictures from Mexico. Dammit.

I shall read further....

Wow. I am so glad you posted about this. I have recently been thinking a lot about "Dia de los Muertos", even though I am not Hispanic.
I had seen a Mexican painting that showed a skeleton figure standing with live figures, and remembered seeing it before and thinking it was gruesome. This time when I saw it I was amazed how comforting it was. The difference is that I had since lost my precious son at 38 weeks last November.
When I read this post I was amazed at the timing of this holiday! My baby died on Halloween. I delivered him on November 3.
This year I feel sick at the thought of "celebrating" Halloween. Perhaps my family can begin traditions from these Hispanic customs. I especially love the idea of lighting the candle and awaiting the return of our Angelito.
Thank you for your writings. It is wonderfully comforting to have someone who understands and who can express so eloquently the agonizing emotions that grieving mothers feel.

This is my family's first Halloween following the death of my six-year-old son in July. I've been thinking a lot about the Day of the Dead. In the past we enjoyed candy and costumes and shivery things in the night. Lately, I've wondered how to enjoy Halloween at all. To think of it as a time to connect with my child who is soaring, as you beautifully put it, I find reassuring. I'm so glad I stumbled across your blog.

I too, think often of our culture's disconnect from death, it's taboo. I wish it wasn't this way. Perhaps if we embraced death, more people would understand the needs of bereaved families...perhaps we could all make more beauty with these experiences.
Thank you for writing about this.
Interestingly, I hadn't realized until just now that my subsequent daughter was born on the day of the dead...a day we celebrate her life, and remember her sister who is gone...hmmm.
Thank you