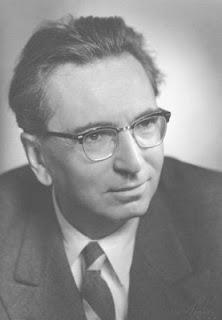 I  often fantasize that I am a time traveler, jettisoning my temporal reality and making the pilgrimage back in time. While I am intrigued by the potentialities of the future, the pleas of the past call me toward an about-faced trek.

Without stating the obvious destination, there is a long list of intelligencia I would seek:  Jung and Freud, of course. Sagan, Wiesel, Weil, Aquinus, Twain, Jefferson, Hugo, Siddhārtha, Lewis, Kollwitz, Camus, King, Jr., Descartes, Socrates, Gandhi, Bojaxhiu, and well, it's obvious to me that I've spent too much time in my imagination with this concept.  I digress. This post isn't really about time-traveling. It's about the one other person in my journey-to-the-past illusion- Viktor Frankl.

For those of you who do not know Frankl, you should. Born in Austria, Frankl (1905-1997) authored one of my favorite books Man's Search for Meaning. He was a neurologist and psychotherapist who, between 1942 and 1945, survived Auschwitz and three other concentration camps, where more than three million died. Included in those who died were his parents and his beloved wife. While imprisoned, he spent time working with others who were suicidal, hopeless, and anguished.

That which is to give light must endure burning.

After being freed in 1945, Frankl fathered a new psychotherapeutic concept: Logotherapy. Logos ( λόγος) is Greek for words, language, speech,  and meaning, and therapy is from the Greek therapeuein (Θεραπεύω) which means to heal or treat.  Elie Wiesel understood Frankl's concept when he said, "Whosoever survives the test must tell his story. That is his duty." The psychotherapist does not coercively cure, treat, or heal. Rather, healing comes from the sufferer's ability and willingness to, eventually, find words with which to speak of their tragedy and the successive meaning to understand and make sense of it. The sufferer does so as the therapist listens, fully present and in absentia furor sanandi (without a rush to cure).

He acknowledged that logotherapy takes time and great pains. The sufferer's story must evolve in such a way that meaning is discovered.  But Frankl, himself a sufferer of horrors I will never know, believed in the potential of human beings. He believed in the power of love to heal. He believed, and practiced, communion with the Other- in a sense, the I-Thou relationship of which Martin Buber speaks.  If another person creates a sacred space within which a sufferer can experience acceptance, patience, willingness of the Other to coenter the darkness by their side, and radical loving care (Chapman, 2007), then the sufferer has a much better chance of finding meaning.

It's not a simple task for us mere mortals: to make meaning out of indescribable suffering. Yet, without meaning, there can be no healing. Beyond finding meaning, there is so much more gained than what is lost in the fire. And while we always remember that which was lost in the flames of despair, it is only when we reach the summit beyond our former view of the world that we are able to truly transcend our loss.

So, I would travel back in time and listen to Frankl. I'd sit with him over a cup of dandelion tea and ask him his story. I'd enter the darkness with him, stand with him, and watch as his own meaning, and transcension, unfolded. I would journey by his side as he painfully emerged from the ashes into the beautiful man he was, and watch in reverant awe as he brought light to the world.

A Chinese nobleman asked a philosopher to grant his family a blessing after the recent birth of his first grandson. The scholar thought for a moment and then replied, "Grandfather dies, father dies, son dies."  The nobleman was horrified but the philosopher said, "What other way would you have it?"

Since 1994, I have felt that, in some sense, I am defined by those I've lost.  Each loss is woven into the pattern of my life, and my path has been carved by those magnificently painful losses. Often, losses are interminable: their beginnings meld into endings and endings into beginnings. It is like the gossamer veil that exists between life and death- the demarcation between the world of breath and the world of breathless is indistinguishable.

The disambiguation of death is integral to the living; in order to wholly understand living we must first accept dying. This is such a such a foreign concept to a death-denying, immortality- seeking, and grief avoidant Western culture.  Yet, how does one accept so much pain and anguish, bearing the unbearable? How do we face the irreversible, irreconcilable absence of the flesh of our flesh?  Honestly, I am uncertain. There are some sufferings that elude sense or reason: this did not happen for any reason.

Perhaps, this is why the death of a child is the least explored human struggle across cultures. There are no pat answers when a child dies- in any language or discipline. And scientists, clinicians, teachers, and helpers - even ordinary humans- love the idea that answers offer closure. But there are no good-enough reasons, and there is no closure, and there is no magic following the mayhem. There is just grief and the human struggle to survive and discover meaning in death's wake.

I wish that all parents could have had the benefit of the sage's blessing:  grandfather, father, son...in that order. The process of defining life and loss following the death of a child is one that no parent should suffer; tragically, so many do. 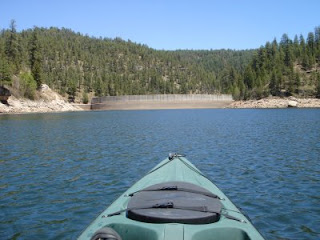 I spent some time this weekend in an area called Happy Jack just north of the valley, encircled by bird songs, teasing monsoon clouds, and pines competing for sunlight.  I am always conscious about the potential dangers inherent in the wilderness; but the potential risk is well worth the beauty of the stillness and solitude- a communion with Mother Earth. It is a place where chaos is reduced to the microscopic, time hiccups long enough to become irrelevant, and motion is anchored by the calm.
Cognizant of potential threats like poisonous plants, angry bugs, and sharp-edged rocks, I bring first aid just in case: bandages, aloe lotion, cell phones, and a false sense of security that feigns an awareness of control.
When I returned to my safer home-of-little-risk, I put away my bandages and aloe and I sat down to check my emails.  As 400 messages downloaded through my server, I hastily- and unawaredly- arose to find my 100-plus pound Australian Shepherd tangled beneath my feet.  In an attempt to avert him, he scurried between my unbalanced legs as I knocked a hardwood chair to the ground. Unable to regain my equilibrium, I fell onto the thickly wooded back of the chair with my full body weight hitting on my left ribcage. I heard a snap, crackle, pop, and realized that in my seemingly-safer-than-the-forest home, I'd injured myself.
"Oh, bloody great," I thought to myself.  "This is all I need three weeks before the international conference."  Recognizing the likelihood of one or more broken ribs, I called the local urgent care.
"Hello, hi," I said, "I think I broke a rib or two."
As I recounted the story, the triage nurse listened sympathetically.  "Well," she said, "it sounds like you need to come in for pain medications."
Boy, did that sound good to me at this point, as the tissue covering my ribs was swollen with trauma.  "What do they do for broken ribs?" I inquired.
"We prescribe pain medications-- good stuff," she said.
"And?" I further asked.
"And, well, nothing," she said. "There isn't anything we can do for broken ribs. We just can't heal them or make them better. Only time. It takes time and you have to take care of yourself- you know, rest and don't reinjure the area."
Ah, profundity!
Grief is like a broken rib. It is not to be hurriedly healed- there is no curative therapy, potion, or pill  - there is no immediate relief- recovery, if it comes at all, is not to be rushed. Injuries like these come unexpectedly, in sometimes unexpected places. They are unpredictably swift, so no amount of bandages or aloe or preparedness can help. Control is my illusion of choice. And oh, I am so vulnerable. I may need others more now, to nurture me as I heal. Please touch me gently, do not shake, rattle, or roll. Fragile: Handle with care.
It is amazing how many bodily functions require the use of the rib cage- how when one part is broken the rest must work harder. I'd been wholly unaware - consciously- of their import, until today. Now, I have an appreciation for the sturdy-enough bones that protect my heart; and an appreciation for the helplessness of others to heal, even when it is welcomed, implored... It is amazing how you learn to protect your injury, keeping away from those who fail to remember the wound and poke at it relentlessly.

And, in the end, I opted against the pain medications. They may have given me a false sense of well-being, perhaps creating more problems for me. I may have felt artificially better; well enough, for example, to engage in activities that would cause me to work and not rest. Perhaps, this would postpone and elongate healing, or even cause me to exacerbate the injury, worsening the severity.
Grief is a place of potential dangers, like both the perilous wilderness and the seeming sanctuary of home. Vulnerability to wounding is an inherent and unavoidable part of human existence. Fortunately, if you keep your heart open, so is the beauty of it all.
14 comments