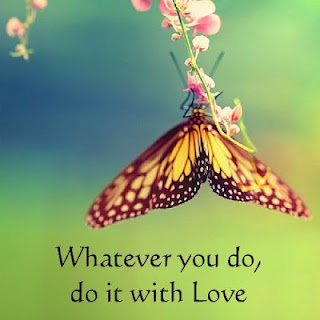 International Kindness Project Day. Tomorrow. From anywhere you are.

This project pays YOU. I promise.

For Erica and her dad and the millions of grieving parents in the U.S. and around the world:
Our children are changing the world.

Now one of the most popular news stories online, thank you Olivia and thank you CNN. 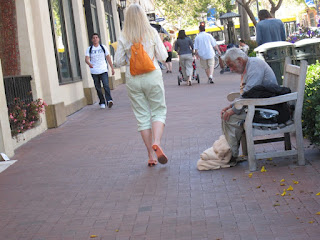 Think occasionally of the suffering of which you spare yourself the sight.
-Albert Schweitzer

I don't often talk about the ways in which I choose to help others, strangers or not, but today I decided I needed to blog for two reasons: First, July 27 is International Kindness Project Day and I hope to inspire you to participate. You can download free kindness cards here!  Second, I'm blogging in honor of the "invisible" but beautiful people I met...

I spent a few days out of town, meeting colleagues (one of whom is a dear friend, Ira Israel, producer of a beautiful video on mindfulness).  I was on their turf, a small but buzzing beach town abounding with sidewalk cafes, designer boutiques, wine bars, and visitors from around the world.

And juxtaposed in stark, ironic contrast were the hungry people who lined the streets.

I cannot imagine what it feels like to live on the streets. I cannot know what it is to feel hunger or to rely on the pity or mercy or fear of others for survival.  I cannot begin to comprehend being invisible to thousands upon thousands who walk past me. I just cannot imagine.

I wanted to do more than give them money. I wanted to spend some time with them. So I offered to buy many of them lunch or breakfast or coffee or juice.

There was Mary, a well-educated woman with a Masters degree from Columbia- now living on the streets and trying to deal with an alcohol problem that began with her father's early death.  She let me buy her a bottle of mango-peach juice which would ease her stomach ache.  People stared at us in line. I wondered what her life was like, no one seeing her but everyone staring at her.  We talked about pain and its effects and how we self-medicate grief.

There was Tom, a man who lost his job and his home and his family.  He'd been craving a specific burger from his favorite restaurant for months but didn't have enough money to buy one.  I spent 20 minutes with him as he devoured it, repeating his gratitude between bites.

There was another man, I didn't get his name, but I bought him a huge cup of vanilla bean ice cream slathered with caramel, nuts, strawberries, and whipped cream.

There was Moni. Moni had been through so much in her long life. She was struck by an impaired driver and, without insurance, went deep into debt and became addicted to pain medications after the accident. In a wheelchair, she sat on the corner with Sheila, her dusty red poodle, the only "thing in the world who loves" her.  I sat on the curb next to her and talked to her. Then, bought her a cup of coffee and a scone from Starbucks.  She said as I left, "Thank you. Thank you so much for the food. But mostly, thank you for your kind heart."

And then there was Doug.

I met Doug as I was walking with one of my other colleagues rather swiftly down the street. I wasn't paying attention as I was trying to hurry for a meeting.  I heard some muffled words from behind me. "What was that?" I asked my colleague.  "He asked for money," she said.  Knowing we were rushed, I kept walking. I got to the stoplight and turned to see him. As we started to cross, I said, "I have to go back."  I turned around, and she gladly followed me.

As I approached, he sat humbly broken on the bench, his head hung, hair and beard filthy and disheveled.  His nails were long, blackened from petrified dirt. He held a single, grungy, rolled up towel under his arm. He didn't have a sign. He merely asked, ever-so-quietly, as people passed, "Can you help me? I'm a veteran."  I walked up to him and smiled.  He had the most piercingly blue eyes I'd ever seen.  They nearly glowed.

We went into Quizno's and ordered lunch.  An extra-large sandwich. Chips. A drink. An oatmeal cookie.  We talked. I asked his name and his eyes welled with tears. I bought him a gift card for Quizno's so he could have lunch and dinner the rest of the week. He kept thanking me, over and over. He was hungry and he was thirsty and he was lonely. His only possessions were a single towel upon which to lay his head at night and a few items of clothing.

I looked into his sad, grateful blue eyes and said farewell, and I could not stop my tears as I walked away.

As I walked about a block down the street, now late for my meeting, I saw an Old Navy store. I went in and bought a few shirts, a jacket, some clean socks, and a backpack to carry things.  I went back to Doug's bench, where he sits mostly invisible to the world, and I handed him the bag. "I wish I could do more right now, but here are some things that might help you on your journey," I said.

He looked directly in my eyes and smiled, and I realized that the gratitude he'd been expressing wasn't for the clothes or the socks or the food or the drink.  He was grateful that we had seen him. He was thankful that, even for a moment in his day, someone cared.

We looked at each other and I wished him well.

This time, we both had tears in our eyes at the parting.  And for just a single moment, we saved one another.

Please, think of the suffering in the world. Think of those less fortunate. Even for a moment, help make the world a gentler, more beautiful place in whatever way makes most sense for you. See those who are  poor, or grieving, or struggling, or hungry for food or to be seen by another.

There is no gift like it. For the other and for your self.

Please join us for International Kindness Project Day here and spread the word.