Why Grief is Sacred and Personal... 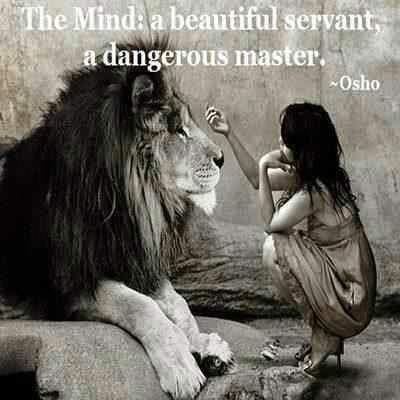 Grief is a deeply intimate and personal journey. It is sacred ground upon which we fear to tread, yet something in us calls for us to enact that which we know is rightfully ours: grief.

And the experience of loss can also be very layered.  We have the primary loss- the death of our child, our children, a partner or spouse, a sibling, a parent, a grandchild, a niece or nephew, an uncle or aunt, a grandparent, a friend, a pet... and then, sometimes, the loss, particularly in traumatic death, comes with peripheral losses: the loss of naiveté, the loss of a parent group, the loss of innocence, the loss of trust in the world, loss of safety, loss of other relationships, loss of a home or a job, the loss of our minds or even what I call a necessary and temporary loss of reality, of our minds - and hearts - as they once were... and, the list of secondary losses can be unending. I am going to briefly share my own experiences of traumatic death and the layers of loss.

Some may be able to relate. Others may not.  But this is my truth, and it's important for me to tell my truth. This truth isn't something I've publicly discussed, but its been in my heart for nearly 21 years. Yesterday, I had a conversation with another grieving parent who shared this truth.  She felt shame for this truth, and it made me wonder if there were others like us...

When my newborn daughter, Cheyenne, died in July of 1994, the juxtaposition of unmedicated childbirth and then death, kicking in the door where He most certainly was not welcomed, for me was traumatic beyond my own imagining. I cannot describe, in mere words, the horror of that day when death violated the inviolable: a mother and her baby.  Every cell in my body was programmed to nurture and mother my child. Yet, I had no where to enact that evolutionary drive. Hormones raced through my veins, messengers of mothering, so I would pace the hallways at night, pangs of distress screaming in my head, my arms burning for her, and milk burning at my breasts for my dead baby. Yes, I was losing my mind. This I knew. Why wouldn't I?

Three months after Chey died, I began to experience what those in the medical field might call 'hallucinations.'  They lasted for about seven weeks, and were primarily tactile or somatic, but on several occasions they were also visual, auditory, and supernatural in a terrifying way.  I didn't understand what was happening to me. I was disoriented and filled with dread.  And I told selective few about these experiences. I wondered if my mind was irretrievably lost in the trauma of her death. Would I ever be the same again? Really, just as there aren't words to describe the loss, there are no words to describe what happened in my home for nearly two months, from October 5, 1994 to November 20, 1994 as I teetered on the precipice of reality.  I do know that, from the moment of her death to the moment the incidents began, I felt alone, lonely, terrified, despairing, and isolated.

And primarily, the ways in which others interacted with me mattered.  Many avoided me altogether. Some cited scripture or holy books (nonplussing because I was, at the time, a secular humanist). Social support was scant. Psychologists I encountered wanted to run from me, perform some 'intervention' to diminish my "symptoms" of grief and make themselves feel more powerful in the face of the unfixable, or focus on my marriage: psychiatrists wanted to medicate me. Neighbors told me to focus on life, you know, unicorns and rainbows, or just "choose happiness" (right, Megan?). Pastors wanted to proselytize and convert me. But exceedingly few, if any, were willing to really sit with me in the middle of the grief's fire and allow me to just be, bearing witness to the deep abyss of my despair. I could sense their own fear and trepidation.  Might their children die, too?

So, really, it was the existential loneliness, sense of disconnection, and invalidation for the worthiness of her life and death that was unhinging me, not my grief itself.  I could barely parent my older three children, whom I deeply loved and over which I felt tremendous shame (adding shame to shame to shame) because of my changed ability to parent. And then, there was what John Lynch, M.D. calls the 'toxic talk.' Platitudes. All things happen for a reason... G-d has a plan... Time will heal... Aren't you glad it wasn't one of your older children... And all the 'at leasts'...

Many - in fact countless - others told me that I was young.  I could have another baby. They assured me that I hadn't lost my motherhood with her death. Yes. All true.  I was young, only 27. And yes, I could have likely conceived again.

But... I did not want another baby. I wanted her.

I was not mourning just any baby.  I was mourning her.

Another child would not satiate my longing for her.

I did not want to be a mother. I wanted to be her mother.

I needed people to understand that she was not and would never be replaceable. Another child would not assuage my grief because I did not desire another child. I desired only her, my child who died.

This is precisely how I felt.

I would have another child, born nearly three years later, unplanned. A son. Beautiful beyond words. He was not her, and she was not him. They were unique people, different children, whose identities were not enmeshed for me. I was very clear in my head and in my heart; I am so glad he is here. I am so sad she is not. I love them both - all - equally.

Off my 'soapbox' and back to my state of mind...

The strange occurrences ceased one day, as suddenly as they began, and I can't explain why or how. I never accepted that I was mentally ill or "deranged" as was inferred. What happened to me was powerful, beyond this world, and I suppose my brain was reacting to the extreme stress and trauma.  As Eleanor Longden profoundly noted in her inspiring and insightful TED talk, its not about what's wrong with a person. It's about what happened to a person... and then there are the vast and lasting effects of others'  attitudes toward us and the way that influences us- the trust or mistrust of our own hearts, and whether or not we are able to integrate and adapt in the face of traumatic experiences...

I remain in awe and wonder about the horrifying phenomena during my acute grief, but, intriguingly, it hasn't reoccurred since November of 1994. Research is clear that traumatic experiences can create reactions in the brain,  sometimes in critical ways, even if temporarily. As a researcher and as someone who has direct experience, this interests me. I know that feeling so disconnected from the world, existing in that liminal space between the living and the dead, though frightening, may have been essential for integration and adaptation.

And I also wonder the role of others in our emotional and mental health.

Specifically, did the desperate angst and loneliness I felt lead to the psychological distress that would later manifest as visions or terror-filled encounters with what felt like the supernatural? I'm uncertain, but I am curious.

So, recently, I connected with a Harvard researcher and we are considering a study to explore these types of 'visions' or hallucinations or seemingly supernatural experiences for mourners.