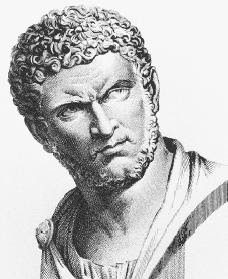 While you live, while you can, become good.

Aurelius
Marcus Aurelius, though not a self-proclaimed Stoa, was identified with Zeno's philosophies of Stoicism. I've often grappled with hellenistic ideas of austerity that spring from detachment.

But there are things I do appreciate about Stoa thought: The virtues upheld are ones to which most humans should indeed strive- courage, justice, self-control, wisdom- while rejecting the less desirable inclinations of the material world such as irrationality, greed, corruption, and lust. Life lived in the latter is vacuous at its best and tyrannical at its worst. Aurelius issues his caution against living mindlessly, superfluously. Time is short, he warns.

So he calls for humans to become good.

What I hear Aurelius saying is: Meditate on the connection between all things within the Universe. Be mindful of all things around you. Walk, do not run. Seek truth. Do your duty. Treat others, including animals, with generosity and decency. Develop virtue. And in realizing the finitude of the material world, confront Death. Either teach or tolerate. Abandon vengeance: "Leave the wrong done by another where it started." Do not squander yourself. This dictum against squandering illuminates our mortality. These aspects of Stoicism resonate within me.

Aurelius begs a willing encounter with the ephemerality of existence. He says, "So one should pass through this tiny fragment of time in tune with nature, and leave it gladly, as an olive might fall when ripe, blessing the earth which bore it and grateful to the tree which gave it growth."

Yet, here is where my mind, like quicksand, pulls me under the earth. An olive falls when ripe. In its time. It's incredibly painful- and beyond the realm of reasoning for me at times- to accept that so many young lives need be lost with such bitter untimeliness. The olive, in this case, did not fall gracefully to the welcoming detritus on the forest ground. The olive was plucked, forcefully, too early, like the bitter apple that held on by its stem in protestation.

Stoicism loses me here. I can much more readily accept the construct of an austere life. But there is something about a child's death against which I shall always recoil. I would not, and could not, as directed by Aurelius and his Stoa ilk, accept this as something that was meant to be. I would not accept the maxim that the gods intended these deaths, so young, or that they intentionally incited the accoutremental angst and agony. I can never follow the dictates of detachment: To go in peace or to abandon mourning for the dead. I reject that this is somehow in the Universal blueprint of the gods, as he asserts.
Still, there is so much I do appreciate about Aurelius. I can embrace his call to become good. And I will continue to work toward that end. But my idea of becoming good does not include my emotional acquiesence to Death or the relinquishment of grief rightly earned.
And I also believe that, somewhere, embedded in really feeling the pain of attachment are the potentialities for change and awakening. I feel strongly that Stoicism would have led me to another path wherein I did not become the person, woman, and mother who I am today.  While I would give it all back to have her here instead, in absence of that option I am so thankful I allowed myself to experience attachment and its resounding agony. Rejecting my circumstances- refusing to accept it all as part of a larger plan- has created within me the will to survive in a different way. And in so doing, I have come to accept it in my own way and in my own time. This is the beauty of really feeling loss. I'd have missed it all otherwise...and now, the love is bigger than the pain.

Thank you. Everytime I read this message--that my child's death is worthy of pause and I may rightfully grieve--I am empowered. That empowerment to cry when I need to and rejoice when I want to leads to more healing than stoically accepting death.

I love this passage from Isaiah in the Old Testament that to me speaks to our yearnings for a world that works the way it should.

The passage begins with the idea of a "new heaven and a new earth" that will someday be. It goes on to say, "Never again will there be in it an infant who lives but a few days, or an old man who does not live out his years; he who dies at a hundred will be thought a mere youth.... " Isaiah 65: 20

I'm not good at stoicism. I like to wave my fist at the universe and demand change. But, then, I do try to stand up, wipe away my tears, and do my part.

Thank you Caitsmom and Lori. I couldn't agree more.

Without relinguishing grief, which I feel is a human right, and a powerful part of my life, I have come to understand the olive that falls when ripe.

I do not see the ripeness come as a result of a length of time on this earth, but rather fulfilling that which you were put on this earth to do. Was my Caden put here to reunite my family? He has. Was he put here to teach me about life, teach my son about unconditional love, teach us all about life after death? He has.

Did he fulfill all that he could on this earth? I will never know. But I believe more and more that perhaps that was all the time he would ever have, and therefore, my little olive was ripe, and ready to fall.

Indeed, little miss hopeful. For me, I, too, accept Chey's purpose (ripeness) for myself, after many years of pause, reflection, and eventually, meaning. Selah. And of course, there is a time for many when they can, though reluctantly in some ways, come to peace with that. Without accepting, at least as long as I needed, I was not ready to find the forgiveness and meaning that comes for some. And of course, I will not accept it for another. When it and if it comes for others, it will be in their way and in their time. Thank you so much for your comment!