The Architecture of Hope 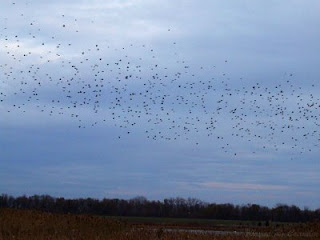 I believe in rain, in odd miracles,
and in the intelligence that allows terns and swallows
to find their way across the earth.
-Paul Hawken
The essence of hope is something to which I've held for most of life. Hopefulness, as an emotional state of being and as a paradigm through which I view the world, is one of my core values. I hope, I believe, and I have faith most times, even when the forces of doubt and despair feel Herculean. At least, I try to hope- and for good cause.
There are empirical data mounting that explore hope as a core personality trait; as one of the most significant foundational underpinnings upon which a person's character is built. Peterson et al (2008) found that individuals who scored high on a tool measuring core hopefulness were more resilient. Resiliency is a pivotal attribute in helping humans to endure suffering.  That is, hope and resiliency interact; the effects of this interaction are profoundly important to psychological endurance and tolerance.
These are potently essential psychological resources to possess.
Hopefulness may be a more visceral character trait. And while it may bolster resiliency, I suspect, and some research supports this suspicion, that resiliency truly burgeons from endogenous and exogenous factors. In other words, the family system, the community, and the larger sociopolitical environment in which a person exists in the world can foster and facilitate or quash and extirpate resiliency.
Interestingly, research in animals (rats specifically) suggests that those faced with traumatic experiences, under the right circumstances, are more resilient- as a biological function- than those not exposed to such stimuli.  In comparing three groups, including a control, the group of rats exposed to trauma fared better than those not exposed to trauma. They were more hardy, and had a higher level of resiliency and functioning. The caveat: Those rats repeatedly exposed to the traumatic stimulus did not fare better. Seemingly the chronically unresolved rats- those who were "hopeless" for any relief- suffered the most out of all the groups.
I know rats are not humans, and there are significant ethical and comparability issues in such research. But even anecdotally, there appears to be strong support for the hypothesis that exposure to adversity- under the right circumstances- can help foster resiliency in such a way that we, as humans, can transcend; it's an opporunity to become believers in the rain; and in odd miracles; and in the notion that all things find their way home, to the heart.

I am always on the lookout for explanations as to why, for example, my sister and I, having suffered the "same" trauma as children of violent and angry parents, have turned out so very differently.

I know this question might seem silly, but what I am really asking myself is "why am I okay and she is not?" She would assert I suffered the worst of it, being the older of the two.

Yet, I have a life of hope and beauty and love and light, and I fear for her -- her stress and unhappiness (though not material) are so intense.

Your review of recent studies on the "hope factor" are just another piece of a very complicated puzzle.