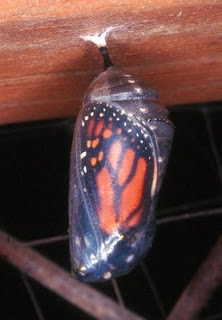 Between grief and nothing, I will take grief.
—Faulkner, The Wild Palms
I remember in profoundly painful detail the reactions of others during the few months after Chey's death.

"Oh, really?" I thought to myself with outraged skepticism. "How could I possibly be over it? Over what precisely? The death of a child? And who set the time limits on my grief? And who says what losses are harder than others? In what book does it outline the commensurate nature of grief's reactions? And, oh, have you spoken to God lately about His will? How can I ever be over it?"
Those words, as if spoken into a deep, dark cave, reverberated through my mind, filling me with self-doubt, despair, and questioning.  Then, I had an epiphanic moment, and I wrote these words in my journal:
"Sometimes just being is the only way that I can be at all."
Sometimes, in other words, being in grief or being in despair, or being sad, or being desperate, or being encased in a womb of pain was the only way I could continue to exist. If that moment of being were somehow removed or rejected or repressed or relinquished, then I would most certainly have ceased to exist.
I would have become my own emptiness. Nothing. Utter nothingness.
This prospect was the only thing more frightening to me than my grief.
So, instead, just being became my savior.  And now, almost 15 years later, I'm just becoming.

Amen, Awomen, Apeople!!!! I was always so dismayed at how uncomfortable people were at my just BEing with grief. Even some of my fellow 12-step compatriots didn't understand why "this grief" was taking so long. ugh. It was confounding. To this day, my biggest lesson -- and the word for my 2009, my big resolution and goal for this year -- BE. In all things, I want to simply BE a BEing. A human BEing. In the end it seems very Zen to me. Very retro "be here now". But seems to be the key to my staying emotionally available and aware in any given moment. That's not a gift to just sneeze at...for that I thank my Kota (though as with all his gifts, I'd trade them to have him back.)
oxoxo thank you for sharing your BEing and BEcoming with us today!
k-

People just need to be. They need to know that they can feel however they are feeling. It is ok.

There are so many friends I would love to send this to.
I'm new here and thank you for your blog.
Sally

Of course you already know, but you have an amazing gift in your writing. You are an inspiration.

It's a beautiful thing. I think I am contemplating "becoming", while many times still "being". I come here and KNOW that's okay, regardless of what the world would tell me.

So true, so very very true.

Accepting my grief and being in the moment have saved me, as much as the incredible support network I have found here.

Thank you for expressing it so beautifully.