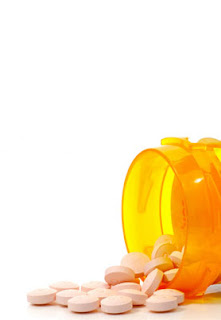 These days we are faced with many social problems, even those with ethical implications.  One such issue relates to potential collusion between authoritative entities and those who may benefit from the wielding of their power. Such examples include the below video demonstrating breach of trust in government officials or legislation such as eminent domain laws. These questionable and collusive relationships seem fraught with incontrovertible evidence of corruption.  Even seemingly good work by researchers positing important findings that will purportedly aid the depressed such as this study can be tainted with question.
Wait. Pause. Look a little deeper. One my my friends and colleagues, Jeffrey Lacasse, published a letter in JAMA offering some dialectical discussion on this as well as another letter in BMJ after they'd discovered that the researcher failed to disclose funding provided by the maker of the drug. One consumer advocate writes in detail about the draconian sequel that ensued, directed toward Leo and Lacasse.
Ah, the quandary. I will resist the urge to amass evidence, often under-reported, regarding duplicitous relationships and the ethical implications of such travesties.
Instead, I offer my thoughts on our proclivities toward the short-cut to healing.  In sum, there is no way to bypass suffering as a part of the human condition. Clinical depression that is endogenous is vastly different from that which rises from the exogenous, a particularly traumatic event or circumstance.  Yet, some fail to recognize this, and in so doing, they marginalize some of the most important healing potentialities of the human condition: people.   Whether it be in the psychotherapeutic relationship or generalized social support vis-a-vis friends and neighbors, you simply cannot compare the benefits of positive human relationships with psychopharmaceuticals.  Trying to do so, I would posit, is not only inherently dangerous to the individual who is depressed, but it also abdicates the responsibility that we all have to care for one another and to take the time to really be with each other through the ebb and flow of life.
There simply is no pill that can act as a proxy. There is no pharmacy that can fill the visceral need for compassionate interactions with other humans. There is no panacean riposte. Instead, the answer to human suffering is both within us and between us.

Perfectly said, or I guess I should say written. Your words are pure truth! Thank you.

Yes, a pill doesn't do what a hug, a shoulder, and an ear can do. (Love the new look in your blog, very striking!)

You know the thing that interests me though? When people most need the other people instead of drugs -- it is precisely then that it is hardest to ask for help. AND others seem repelled by people who need/ask for help and support. Like vulnerability is a catching disease. I mean I get it. Really, and of course I think it is right on the nose that we need people more than pills. But when you are least able to be your own advocate, how do we teach people to be their own advocate and get connections made. ?? babbling... just thinking a lot about that this week in particular.
xoxox
me

This is why the responsibility to care is so crucial. There is a sociomoral onus that is compromised in our culture. We slough off those emotions attached to humans to which we are averse. It's a dangerous cycle of compassion's antithesis, apathy.

As far as others' initiative to reach out, so much depends on the milieu. It's a hostile world, often unsympathetic. Those who have unconditional love and support through their lives learn they *can* rely on others...those who have not, often don't trust in that.

I nominated your blog for a Sisterhood Award. You can see the post on my blog at: http://faulknercarpenter.blogspot.com/2009/04/sisterhood-award.html

Thank you for all that you do.

The rules of the award are:

I nominated you fr an award. Please stop by my blog.