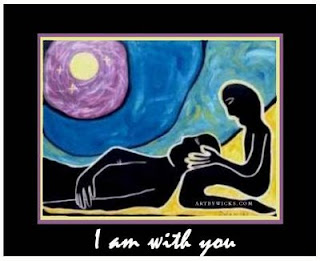 i know that touching was and still is and always will be the true revolution.
nikki giovanni
The largest organ in our body is skin. A piece of skin roughly the size of a half dollar contains greater than 5 million cells and sixty nerve endings, and it serves many functions from  sensory reception of heat and cold to protection from toxicity in the environment to thermo-regulating to  lubrication.  Touch is the most important, crucial of all human sensory experiences in both human and animal models.
Yet, I think touching has been largely demonized in the relationship between therapist and patient. During my own training, well-intending instructors cautioned about the use (misuse) of touch in therapy, emphasizing the need for professionalism through haptical boundaries.
The dangerous effects of touch deprival in society are clearly documented, from infant marasmus (refusal of a baby to eat leading to malnourishment believed to be caused from diminished skin-to-skin contact) to the severe consequences of tactile depravation in orphanages, leading even to death in the absence of any organic illness in children.
The human being requires minimal touch to survive, maximum touch to thrive. This applies for not only psychosocial (and spiritual) growth and development from the newborn phase throughout the lifespan; but also for a person's physiological well-being.  Touch deprivation can not only inhibit infant growth and bone development but it can even incite decreases in immune, digestive, respiratory, and cardiovascular functioning. Indigenous wisdom (Inuit use the parka, Native Americans use packs) has facilitated this practice for centuries through what has come to be known in the West as "wearing babies."
Still, in our world, there are warnings about the dangers of touching and being touched to the degree that we've interrupted our natural proclivities for touch and substituted rational, proximal distancing. This is especially problematic with young children, wherein the benefits of touching are profoundly beneficial, protective, and life-lasting; conversely, the effects of untouching are profoundly negative, damaging, and life-lasting.

I'm of the opinion that human touch can, not only grow, but also, heal the heart. Used with prudence and sincerity, I have seen touch connect strangers during crises. At times when words fail to express the depth of loss - where there are no words in any language that will comfort - touch, often, is enough to convey compassion and caring.
The enfolding of one into another; the upholding of one by another...these revolutionary acts of love, simply, cannot be supplanted by any other means than human touch.

This was encouraging to read. Thanks for the links to some research to support it. As an educator it's always nice to have some these ready to go. Peace.

I am a "toucher"...always have been...and as a parent I feel these truths that much deeper...thank you for your magical way with words., always speaking right to me:)
thank you

This was a very moving piece.
Very well written.
Do see mine if you find the time.
The blog is http://revelationswithin.blogspot.com/
take care

When my yoga instructors touch me to correct a pose I feel a spark and energy run through my spine.

Very true! Numerous studies show the obvious developmental differences between babies who have higher physical contact levels than those with low levels. It's a "no-brainer".