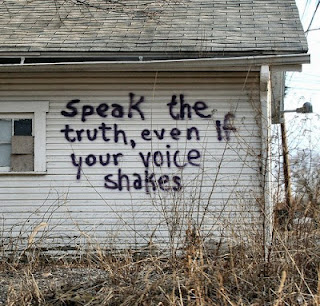 In response to my open letter to the APA, Dr. John Oldham returned a polite but topical response to my concerns, assuring me of our "mutual goals" to best serve grieving individuals.

This response was sent today. Yes, you may share (no need to email and ask), and yes we will continue to encourage open dialogue about this issue.

Thank you for your letter. We appreciate you taking the time to respond on behalf of the APA. However, your response raises additional questions regarding the proposal to remove the bereavement exclusion from the Major Depressive Disorder (MDD) diagnosis in DSM-5.

Bereavement, as you know, is a unique life event that occurs in the context of individual experiences such as the relationship to the deceased and whether the death was expected or not. Among bereaved parents, for example, there are many variables that affect the intensity and duration of grief, such as the degree and quality of attachment (Kreicbergs, Valdimarsdottir, Onelov, Henter, & Steineck, 2004), manner of death (Arnold, Gemma, & Cushman, 2005), religious affiliation (Wijngaards-de Meij et al., 2005), ethnicity (Laurie & Neimeyer, 2008), prior history of mental disorder (Hensley, 2006), concordant partner responses (Dyregrov & Dyregrov, 1999), and perceived level of social support (Mann, McKeown, Bacon, Vesselinov, & Bush, 2008; Cacciatore, Schnebly, & Froen, 2009). The current edition of the DSM fails to take many of these factors into consideration, and instead relies on an arbitrary two-month cutoff point before symptoms of grief contribute toward a diagnosis of MDD. However, it is well accepted that grief often lasts well beyond two months (i.e. Shuchter & Zisook, 1993), even under the best of circumstances, and that there is a significant overlap with depressive symptoms, such as sleep problems, fatigue, anhedonia, changes in appetite, and enduring emotional distress. In addition, it is not uncommon for bereaved parents to report suicidal ideation (Murphy, Tapper, Johnson, & Lohan, 2003; DeFrain, 1986; Qin & Mortenson, 2003).

In addition, there are gender disparities in the diagnosis of MDD which concern us. This proposed change stands to affect more women than men. Women report higher levels of distress and tend to be more emotionally expressive following a loss, typically the focus of grief measures (Dyregrov & Dyregrov, 1999). Previous research has also found that beginning in adolescence women are diagnosed with depression at a higher rate than men (Kessler, 2003; Nolen-Hoeksema & Girgus, 1994). We have serious concerns that the DSM already pathologizes characteristics more common in women and that the DSM-5 will exacerbate this trend.

Your response to our open letter states that the goal of the DSM-5 developers is to ensure that individuals diagnosed with bereavement-related depression receive treatment, but it is not clear what this treatment would entail. For example, studies have documented that psychotropic medication is the most frequent, and increasingly the sole, mode of treatment offered for various mental disorders (Mojtabai & Olfson, 2008; Olfson & Marcus, 2010), despite a growing body of research questioning the efficacy and safety of this approach (Kirsch & Sapirstein, 1998; Healy, 2003). Importantly, there is no sound empirical data supporting the effectiveness of such medications for grief, and in particular traumatic grief (Hensley, 2006). Preliminary research suggests that bereaved parents are often prescribed psychiatric medications shortly after the death of a child, sometimes even the same day, before criteria for a mental disorder could possibly have been met (Cacciatore & Thieleman, in press). We are very concerned that the DSM-5 will legitimize this trend despite the fact that this practice is not evidence-based.

For most people, no other loss is as painful and agonizing as the death of a child. Reactions to such a loss are typically intense, with evidence that symptoms of traumatic grief persist for a year or longer (Dyregrov & Matthiesen, 1991). In one study, 41% of parents, none of whom had a history of any mental disorder, showed significant levels of grief-related separation distress an average of 4.5 years following the death of their child (McCarthy et al., 2010). Another study found it took about nine years following the death of a child for loss-related symptoms to fully abate (Kreicbergs et al., 2004). Regardless of symptom levels, it is not unusual for grief following the death of a child to last a lifetime and to change in intensity over time. In one study (Arnold et al., 2005), 63.5% of parents reported that their grief continued an average of 24 years following the death of a child. Importantly, there were no differences in overall life satisfaction between these parents and those who felt their grieving process had ended. For the majority of the bereaved parents, intense grief does not indicate pathology; instead continued grieving represents a way to maintain a connection to the deceased child (Arnold et al., 2005). The experiences of bereaved parents provide an example of how the resolution of intense symptoms within two months, not to mention two weeks, is an unreasonable expectation. These types of arbitrary conjectures challenge what it means to be human and to love deeply.

The DSM-III-R allowed one year for the bereavement exclusion. Overall, DSM-III-R criteria have been shown to yield a lower rate of false positives and to do a better job of distinguishing complicated from uncomplicated bereavement than does DSM-IV (Wakefield et al., 2011). The removal of the bereavement exclusion entirely is likely to increase the trend toward including lower levels of bereavement-related distress under the MDD diagnosis, result in a high rate of false positives, and contribute to the pathologizing of normal grief reactions. With this in mind, rather than removing the bereavement exclusion, a more appropriate move may be to return to the DSM-III criteria, in which it is implied that a full year following a loss should be allowed before a diagnosis of MDD is made. Based on the available research outcomes, we would not oppose such a move.

We want to address your assertion that some grieving individuals do need treatment. We agree that sensitive and compassionate support and professional help should be available to anyone who needs and desires it. However, we are not comfortable assigning a label of a mental disorder simply to allow someone to obtain insurance reimbursement for such help. The DSM fails to recognize that there are legitimate forms of suffering that are not caused by a mental disorder and instead seems intent on labeling normal, if intense and enduring, distress as pathological.

If the committee for DSM-5 decides to remove the bereavement exclusion, we expect such a move will indeed be based on the most rigorous available science, as mentioned in your letter. We would expect this to include sound empirical evidence and thorough field-testing to justify this change and predict its likely effect on the individuals it is intended to help. We join other voices in asking for both transparency and an external review of the process. An evidence-based process such as this will also help allay concerns that the close ties between DSM-5 committee members and the pharmaceutical industry are not exerting an undue influence on decisions.

We remain steadfast in the commitment to care for our families affected by a traumatic death. We will continue to rally support against the removal of the bereavement exclusion and will boycott the use of the DSM in this population if needed. We hope the DSM-5 committee will see fit to join us in doing what is right, even if it means standing up to insurance providers. We are open to joining with the APA and other organizations to lobby against exclusive policies which make it difficult to bill for grief counseling in the absence of a diagnosis of mental illness. We hope that DSM-5 will proceed with an open and transparent process, with the opportunity to appeal any decision made by the DSM-5 committee.

A personal story of loss and depression

Ethics and the DSM 5

When I shared your initial post about the proposed change to DSM V, some responses were that of what if someone truly wants/needs that type of assistance, what's wrong?

My refutation was same as yours. First, the label shouldn't be there to obtain insurance approval/reimbursement among many many other reasons. Completely inappropriate and destructive. The second refutation was look at the research that you've done and what's been done before. While yes, maybe it helps others and that's fine, it's clear to me that in the majority of cases, it does way more harm than good and just masks and delays the pain.

Thank you always for your words and wisdom.

I have endured the harm one can endure being thrown into the mental health arena during bereavement of one year's duration following caregiving of my husband's complex medical issues ! Totally inappropriate diagnoses given to me, on disability where then what is suffered is loss of credibility with family and loss of career, relationships with former co-workers, financial downward spiral. If I feel ---- and I DO --- that being thrust into the mental health system after one year of losing my spouse was inappropriate and harmful, those who would be labeled MDD after two weeks into bereavement adjustments would suffer even more harm. It is totally bizarre ! I lost a very close girlfriend when I was 14, also, and because of Girl Scout leaders and all those in a small village, I gained from LOVE around me while grieving. They did not drug me up as they are doing to children now !! What is taking place pertaining to loss and natural, human feelings being called other-than-what-they-are MUST be stopped !! MCW

I have linked your thoughts to mine on my blog - I am appalled by the lack of human compassion APA are demonstrating by trying to pigeon hole those that have lost. I may be lost in grief but I haven't lost my mind

Beautifully written. Eloquent and powerful. I especially appreciate the excellent citations and will continue to read and research material exploring the authentic expression of parental grief, particularly the more current studies regarding child death from cancer and lifelong traumatic grief. A deeper understanding, recognition, and acceptance (cultural and medical) of the truth about parental grief would effectively render any attempts to pathologize what is essentially the measure of the deepest love possible, moot.

I also feel strongly that this attempt to categorize grief as a mental illness/disorder is a way to manufacture and dispense medication. The so-called "treatment" for anything that is bracketed by a professional medical diagnosis (to optomize payment for services, aka drug therapy, rendered)opens the door for the drug companies to make billions. The "discussion" on the part of the "experts" has little to do with the emotional/psychological experiential reality of grieving, (or more importantly, any kind of verifiable science )and absolutely everything to do with profit, greed, and exploitation. This is purely an economic issue that benefits entire industries within the medical community.

Again, I am grateful for your sustained efforts in this area. Thank you for sharing such fine work.

Thank you all for reading and for the many private messages. I continue to experience shared and profound sadness in hearing all the stories of loss and heartache...