The Story of Benjamin: The fullness of love comes full circle

In my "being with Death" work, I meet the most amazing and beautiful and open-hearted people in the world. The stories I hear change my life and expand my heart. Oh yes, I cry - a lot - every day at some point, I end up crying. But, that's okay. I'm not attached to stoicism.

While I work mostly with bereaved parents and siblings, what I know is that every person on Earth is or will be bereaved at some point.

I meet a student or two every once-in-awhile who really gets it.  I don't always know why he or she gets it in such a big way- at least at first. But nearly always, what I later learn is that there is a story of deep loss behind the curtain of his or her life.

I'd like to share a truly profound story from a former student who opened her heart to me in a big way, and both she and her father Benjamin, gave me a tremendous gift of shared sadness, compassion, and gratitude.

This student's grandmother lost three of her six children, one was the student's father, Benjamin.

But, the grieving mother/grandmother did not speak of her children who died. No one spoke of them. It was forbidden, kept "secret", in "hiding... or lying through omission". These were secrets for which the student said the entire family now "pays the price".

So, for her own 28th birthday, the student generously asked for donations to the MISS Foundation in lieu of gifts in honor of her father, Benjamin, his two siblings who died, and their grieving mother, her grandmother.

She wrote her story and sent it to me in word-pictures: 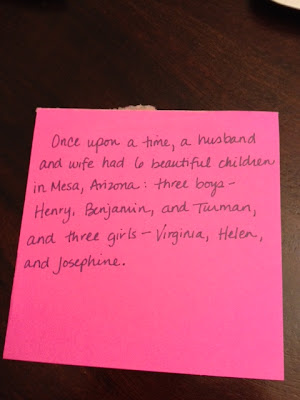 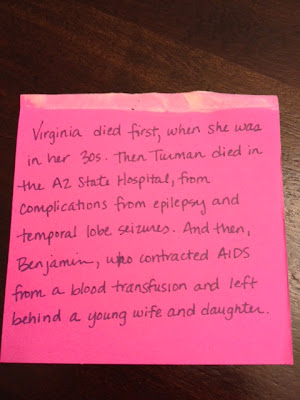 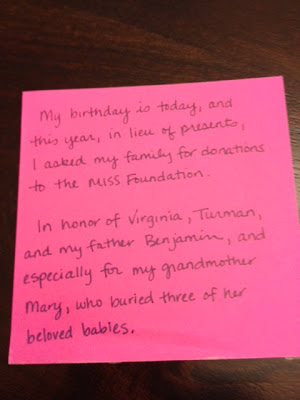 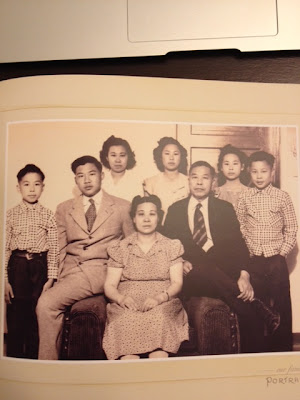 In the words of that grieving little girl who became my student many years later:


"I do miss my dad, and I wish that I'd had a chance to know him... his family misses him.
I wish that somebody in my family had been brave enough to talk about what happened to him and made it okay to talk about him with me.
My cousin said that she was putting me to bed after my dad died
and I asked why we didn't go to the hospital anymore
(which is when my cousin realized that nobody told me what had happened - at least in a way that a four year old would understand).
When she did, she said my response was immediately,
"It's all my fault."
I have no memory of this at all, but what a conversation to have to have.
My cousin had no idea until last night that I already knew he died from AIDS;
she was told by multiple members of the family that she was not to discuss it with me.

The work of the MISS Foundation opened up my own family's hearts
and reminded them to have a bit more compassion for others,
maybe even to reach back into the past and understand a little more of our own history.
And that it is okay to take out those emotions and stories and sit with them awhile.

So in sum, I'd also like to say thank you, because I think it's a gift to feel truly connected to your past and to your loved ones, even the ones you think you lost... It was thru my work with MISS Foundation that I more completely understood how my grandmother must have suffered."

Thank you student-teacher. You know who you are. Thank you.  I bow to your beauty and your pain.