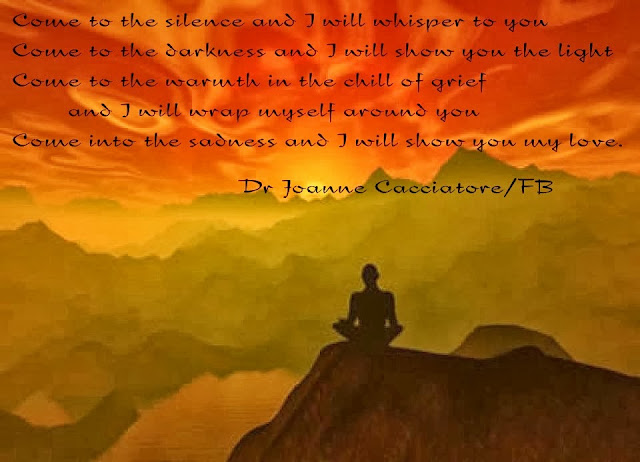 April 17-20, 2014
in Sedona, Arizona
join us for a remarkable time
of communion with self, other, and grief.

Selah (Cacciatore, 2012) is a mindfulness-guided path
through grief that recognizes several foci:
self, self and other, and other.

The term selah itself derives from the Hebrew word celah,
noted in the book of Psalms to remind the reader to pause, reflect, and contemplate meaning.


The idea is to cultivate an authentic, tolerant,
and enriching relationship between mourners and their grief,
one that unites their suffering in pause, reflection, and meaning,
and mourners find their own path in their own way and in their own time.

We hope you will join us here
http://www.missfoundation.org/retreat