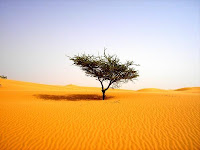 Seeking to forget makes exile all the longer; the secret of redemption lies in remembrance.
Richard von Weizsaecker
I picked up a new book last week on the recommendation of a colleague: A Cry Unheard: The Medical Consequences of Loneliness by James J. Lynch. I only wish I'd had this book in hand when I conducted my own research on the effects of social support on women after the death of a baby.  This seminal book is filled with clinical research on the dangers of social isolation, including the effects on the body and health.  Lynch captured data demonstrating the devastating health consequences of shame, anxiety, anger, and fear that was unrecognized, undetected, and most importantly, unheard.  I think this fact, for me, was the most important. It wasn't that the emotions themselves were "bad" or "negative" as contemporary theorists might imply. It was that the person experiencing them, and others too, did not acknowledge the emotions that created the problematic outcomes.  They were abandoned- both by others, and also by themselves.
In sum, he found that such social disenfranchisement can lead to fluctuations in blood pressure and respiration, depressed immune functioning, heart disease, hypertension, and a host of other physiological maladies. He notes that: "Those lacking social support, those who live alone, those who struggle with chronic loneliness, those who lose a loved one, all exhibit sharply increased risks of dying prematurely."
I've posted a great deal about narcissism, grief, and finding gratitude- and how, when the time is right, there is an imperative to move beyond our own suffering and see the suffering of the other.  There are some bereaved who may never move to that space where they are willing, thus able, to do that. Lynch calls this the "black hole". He says:  "Like black holes in space, such individuals absorb all light and all objects around them while emitting nothing back. Nothing escapes their...emptiness."
Conversely, he recommends looking "out into the world beyond the confines of your own skin...listening to a bird sing can lower blood pressure...gazing at the stars" too. "Listening to one's fellow (hu)man in dialogue can lower blood pressure."  Basically, moving beyond the necessary narcissism of early grief.
Lynch believes that "dialogue is the elixir of life and chronic loneliness its lethal poison". But what about the dialogue often aimed at bereaved parents? You know- those promptings to "move on", "God has a plan for you", "at least it wasn't one of the older ones", "you can have more", "everything happen for a reason", "time heals all wounds", and "aren't you done grieving yet"s?  Lynch said that dialogue can also be used to create distance, that it can be used to manipulate. He asserts that "empty language suppresses hope...and is spoken from outside our own hearts...(where) human dialogue is ruptured, destroyed, or reduced to a living hell" when abused in this way.  He termed it toxic talk, and far too many bereaved parents have experienced a litany of such dialogue.
I deeply appreciated Lynch's honest explorations as a medical doctor, professor, and human being.  It confirmed that the bereaved should be sensitive to their own needs; and then, when ready, actively engage in moving beyond the self.  The (temporarily) non-bereaved should engage in dialogue that is comforting and from the heart. They should not seek to cure or heal or absolve. Rather, they should seek only to be with the suffering. They should use words with great care and intention, for it is easy to destroy a fragile other with a few, seemingly benign, syllables.
Allow them to remember, and invite them warmly back from exile.

Yes, this is so important, Joanne. To remember that the bereaved needs to be remembered, and that the exile is so needed.