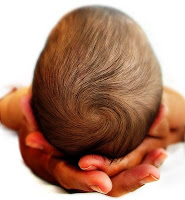 Language is a very powerful tool with which to sway public opinion.

Politicians use euphemistic language and outright propaganda to influence perception- cleverly crafted labels such as "the PATRIOT Act" or the "Protect America Act" are intended to shape opinions and to shift the starting points for debate about politically or socially charged issues. With deliberate enthymematic strategy, sociopolitical issues are cloaked with pleasantries in order to manipulate meaning. These narrative structures are then used to advance often-clandestine social or political agendas. In an environment where torture is merely an enhanced interrogation technique, where collateral damage replaces the deaths of innocent civilians and children, and earmarks and pork barrel spending are magically transmogrified into legislatively directed appropriations, it can become well nigh impossible to disentangle reality from deliberately distorted and carefully constructed perceptions. We assemble assent and tolerance for the unthinkable.

It should therefore come as no surprise that we often use language to perpetuate the attitudinal avoidance of death. Flowery phrases dress Death up so we can sit next to Him politely at funerary processions where loved ones pass on, go to a better place, and are no longer with us. Euphemisms make others more comfortable around the discomforting. But in particular, it's how externally codified language is used to manipulate and control and to perpetuate the institutionally approved messages that I find particularly disconcerting; and how, for the most part, this messaging targets an unconscious place, whereby people are wholly unaware that their thoughts are being influenced, even at times controlled.

Another example:  The death of a baby to stillbirth is social, personal, and political. I am personally profoundly offended by use of the vernacular pregnancy loss to describe the reality of stillbirth. I worked with a mother last week whose ten pound baby boy died during birth: He was stillborn. The mom was in her 42nd week of pregnancy. If this isn't the death of a baby, I don't know what is. In dissecting that term - pregnancy loss - there is an inference that a baby or child, in fact, did not die: there is an implication that no life was lost; that only a transient condition was changed. By failing to recognize the death of the baby, we implicitly deny the baby's individualism, while simultaneously inferring that merely a pregnancy was lost.
For many women, categorizing their baby's death as a pregnancy loss decries and derogates their reality. Historically, euphemisms are used to sanctify and cleanse the unpalatable. Yet, if we do not call it what it is, frankly, the birth of a dead baby, mothers will continue to be condemned to the closet of shame about their very real and traumatic losses when a baby dies as a result of stillbirth. These losses will continue to be marginalized, disenfranchised, and misunderstood as something other than what they really are.

In working with bereaved parents, I allow them to socially construct their own language with which they can speak of the unspeakable, and I adopt those words and phrases they have accepted, congruent with their experiences. It is, after all, their reality, not mine. If a father wants to say his child passed on, then those are the words which I will use in working with him. If a mother calls her 42-year-old dead son her baby, then he is her baby.
Ask the tortured if they have been so, not the interrogators or policymakers.

In more than 13 years of working with bereaved families, I have never had a parent of a stillborn baby say, "I am so sad that I lost my pregnancy" or "I'm grieving over my pregnancy loss."  That is not, most often, their reality. They say simply, "My baby died, I lost my beloved child."
And so it is...time for a linguistic coupe d'etat where torture is called torture, the "d" word is not a linguistic outcast, and stillbirth is recognized as the death of a baby. It is time to embrace language that is congruent with reality, and not dictated by the narrow agendas of the dominant political Goliaths.

Thank you. Thank you. Thank you for this post. You have articulated how I feel about how society talks about the death of my precious son. I cringe when I hear "pregnancy loss" or sometimes even "stillbirth" b/c I can see in peoples' faces that somehow those labels minimize his significance and enable their intolerance of my missing him. I appreciate your seeing the issue and for bringing it to light in your post.

Gretchen,
I'm just so sorry. Sorry that B.W. is not with you; sorry that others minimize your love for him; sorry that your grief goes unrecognized. He is, and always will be, your beloved and precious child.

JC- i recently posted a similar rant on my daughter blog a few weeks ago
here: http://olivelucyandalwayswill.blogspot.com/2008/08/pretty-words-dont-make-it-any-less-ugly.html

and i agree with your statements. Until stillbirth is recognized and called what it is the DEATH of a child. i don't suspect that society will ever accept us mothers of dead babies entirely as bereaved parents.

I recent had an exchange of words with a longtime family friend where in i stated to her that her lack of acknowledgment of to daughter death hurt me deeply and responded with a diatribe about how the "loss of our pregnancy" brought up painful memories of her brother's death as a child and therefore she could not discuss my loss.

what i found overwhelmingly hurtful was that once again she referred to our daughter not by name but as a pregnancy, but the death of our little girl in her mind trigger some deep pain bout the death of her bother @ age 15. her was someone that had a sibling die and even in her mind the death of a child a 39 wks during labor was simply a loss of a pregnancy.

it is profound that such a simple phrase, or words like angel could prompt such a strong response. but they do.

the reality of the death of these tiny humans is beyond many things i understand but i do know this there are no words that can make their death pretty no matter how gentle or transient they imply their lives were.


in my universe the death of a baby is sad, and dark and painful.

Like Janis, I also say "My baby died just before birth" rather than "he was stillborn". It seems to convey the real meaning better to those lucky enough not to be in the know.

So so so accurate.

I remember when I got a card from a friend which stated, "I'm so sorry for the loss of your pregnancy." I felt enraged by it. Our first son died at 2 1/2 day old in the NICU.

In our experience, because our children's deaths happened as babies, some people in our lives have felt compelled to deny them their humanity - whether the death occurred before birth or after, even with Imogen, who lived 3 months.

I'm sure you remember Joanne, when after Heloise died during birth I got a so called 'sympathy' card from my SIL, in which she wrote the words (among other horrors): "Please don't make this the end of the world because you have failed in pregnancy." I was so livid that I threw the card with full force across the room and cracked Kieron, smack in the head with it.(not my intention! At least we could laugh about that together - it was rather Laurel and Hardy). Not once did she mention Heloise by name. I wrote back and told her that the next time she sent a sympathy card to someone, make sure she mentioned the person who DIED by name. (mature, I know)

Sometimes I wonder if what is going on in peoples minds is the thought that our child who died was 'not meant to be' and therefore, not really a person. (a denial tactic used on us) But following that logic, no one is 'meant to be' because we all will die someday. No one gets away.

Thank you for putting it into words! I love a baby at 24 weeks last April. I'm still struggling with how to characterize my loss, and when to mention my baby and when to pass over him. I don't like passing over him, but it's easier sometimes when I'm speaking to someone who does not know, and I'm not in he mood to discuss it. I wish there was a title for a grieving parent, that explained it all, without having to explain it all...

I do remember that.

Camille- I'm just so sorry about the loss of your baby.

I am just reading through your blog for the first time and had to thank you for clarifying this so clearly. I too have always disliked the term "pregnancy loss" regardless of at what stage in development the baby died, but I haven't always been able to identify why. You have put it into words so well for me.

You don't "lose" a pregnancy. Pregnancy is a temporary state that will always end at some point, hopefully happily. When a pregnancy ends in a dead baby, or a baby who only lives for a short time after birth, then it is the loss of that baby that we mourn, not the ending of a pregnancy.

In fact, I would go so far as to say that I wish they would change the title for October Awareness and October 15th (as I notice you did on your blog). To separate out "Pregnancy and Infant Loss" is to imply they are two different issues- but in both cases, a baby died.

Thanks for giving me a chance to vent my feelings about this! Sorry for the long comment.

thanks, as usual, joanne. you have a special way of hitting the nail directly on the head.

to me, stillborn (especially "the stillborn") hurts. it reduces my son to the sum total of the result of his birth. he was born still, but he was still born.

the death of my son at 41 weeks has even changed phrases i accept--or not--about babies who are born alive. "welcome the world, little one." that somehow implies that before they were born alive, they didn't exist. so what does that say about my son? did he not exist because he never took a breath? he absolutely existed; he was alive for all those months inside me. he was already a part of the world.

but, i have to confess, there is something in your post that doesn't sit with me. "when a baby dies as a result of stillbirth." stillbirth is not a cause of death. babies die before or during birth for a variety of reasons, known or unknown. but they don't die **as a result of** stillbirth. that's the equivalent of saying someone died as a result of death.

on another note, wish us luck as we restart our efforts for the MISSing Angels Bill in NM. we should have a draft any day. we expect to be in committee this month. and we anticipate success in 2009! (fingers crossed that Gov. Richardson gets a lofty cabinet position in DC, so that it isn't his decision to make this time.)

as always, thank you. and peace.
Halo
mother to Jesper, born still in 2003

(not sure if you are getting this twice or not. sorry if you are. --H)

Absolutely agreed Halo. Actually, stillbirth is a manner of death, to be specific, much like a "sudden infant death" that led to the diagnosis of sudden infant death syndrome as a cause. Semantics, but important. Thank you :-)