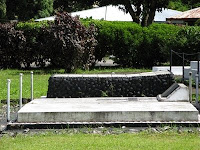 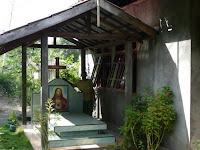 if i believe
in death be sure
of this
it is
because you have loved me,
moon and sunset
stars and flowers
gold creshendo and silver muting
of seatides
i trusted not,
one night
when in my fingers
drooped your shining body
when my heart
sang between your perfect
breasts
darkness and beauty of stars
was on my mouth petals danced
against my eyes
and down
the singing reaches of
my soul
spoke
the green--
greeting pale
departing irrevocable
sea
i knew thee death.
and when
i have offered up each fragrant
night,when all my days
shall have before a certain
face become
white
perfume
only,
from the ashes
then
thou wilt rise and thou
wilt come to her and brush
the mischief from her eyes and fold
her
mouth the new
flower with
thy unimaginable
wings,where dwells the breath
of all persisting stars
e.e. cummings
The Industrial Revolution and Information Ages have aided in extending and enhancing our lives in many ways. In fact, the mortality rate in London for children younger than age five decreased from 75% in 1730 - 1749 to 32% in 1810 - 1829.
Yet, during the time when early deaths were more prevalent, death-related rituals were often less austere and forbidding. Western institutionalization has gradually swallowed death into it's economy with ritualization evolving into part of the orchestrated establishment of the funerary (and other) industry and where mourning practices are often strictly proscribed. In addition, today's funeral, on average, costs around $7000.00.
In many places, including the Cook Islands and Samoa, the dead are cared for in the homes by family members and then they are buried in the front yards of the family homeland. The homeland is never sold; rather, it is passed down from one generation to the next. Many of the tombs are above ground and family death is integrated into life in a way very different from Western culture.
Interestingly, the home funeral movement is emerging in the United States; a sort of grassroots time machine to the distant past.  Death doulas are being trained to assist those seeking home funerals for their loved ones- including babies and children who die.  Beth Knox knew intuitively that it was what she wanted when her seven-year-old, beautiful daughter, Alison Sanders, died in 1995.
Knox speaks of her experience and says,

"We're required by law to care for our children," she said. "But at the last hour, we're told that their body doesn't belong to us anymore. That makes no sense."

Having imagined, as most parents do, that she could never endure the catastrophe of a child's death, Knox found that "when it actually happened, my senses were so highly attuned to the sense of love, I had a very precise presence of mind, very clear sense of direction." There is, she said, "a lot of comfort in being able to perform acts of love in these unbearable situations."
In most states, 45 to be precise, it is legal to care for one's own dead in the home. Oddly, many do not think to ask if they are permitted by the State to take their beloved one home; rather, it is assumed that the funeral home will whisk away the dead. So the men in gray suits are summoned and the 'body' is cleanly lifted off, out of sight, to a sterile room of foreign mortar and unfamiliar melodies harkening back three decades. And then the 'body', now recently unfamiliar to us, is taken to a cemetery two or twenty miles from home. It just feels so detached from the reality of death- and natural loving instinct. So many still do not understand their own rights with regard to their dead - the very dead to whom they still belong.
I wish I would have thought to ask 'permission' for a home funeral when Chey died. I wish I had my own piece of family land where I could bury her sacred remains. I believe I'd have chosen this if I had supportive others - like death midwives- guiding me.  It is certainly not something that all would choose; but still the choice should be offered for this uniquely antediluvian ritualization of the dead.
If only time machines really did exist...

Joanne, this is amazing! I never knew this. Like all of us, I just assumed... this is how things go.

Back then, when the dead lay in the home for three days, when their was keening and familial contact, eating, praying.. and where time is actually spent with the dead in such a personal way... perhaps this is why it seems to me healing went better?
Not that it is different from the mourning of today, but we are so far removed from the death process. So disconnected from our dead ones.

I too would have given this thought, had I been given a choice.
I just wanted one more moment, one more hour.. but was whisked through the whole process that left me feeling there wasn't enough goodbye.

Thank you so much for posting this.

It's so interesting to read this. I just watched a talk on TED about the "slow" movement. Some grassroots in group in Italy, but moved out international now. Cooking slow, eating slow, living days slow, slowing the pace of school/education programs, slower work pace, everything. I think this idea of home funeral movement is a part of the the return to slower pace. For us with Kota's birth and death, it all went to fast. We were rushed on every aspect. Imagine if it had all been taken slowly. Maybe we would have asked for what we would have like: a little more time.

Anyway...
love you!
xoxo
me

I hear this from so many bereaved parents Kara and Angie- parents feeling "pushed" and "rushed." There is no need for that. They should be allowed the time they need- in fact, actively *encouraged* to take the time they need- to make decisions that are right for them and their families. I'm sorry you were not granted those important opportunities in Dallas and Kota's last moments...

Hi there - thank you for visiting my blog. Lot's of interesting post here. I'll be back. Greetings from Norway.

Joanne, I too wish I had know that I could have taken Maddux 'home.' If only I could have bathed with him like I did all my babies, or rocked him in the chair I had since my first born. If only...

I wish I knew I had that option. I know my husband would have never allowed it in our case and I'm not sure I would have wanted it at the time. It was so sterile and cold and formal the way they wisk them away, I wish I had done more sentimental, hands-on things when it was happening to us.
I love your blog and I've recently put up a button for my readers to donate to your MISS Foundation on my blog.