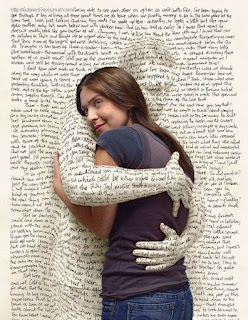 "Passed away, gone to be with the Lord, expired, departed, went home".

These are all very nice euphemisms for the ‘D-word.’

"It was God’s will. Time will heal. Everything happens for a reason. You’re young so just try again. God needed an angel to tend his garden. At least she's not in pain anymore. At least you have others at home".

Yet, more euphemisms intended to comfort the bereaved. I don’t like death euphemisms. I prefer to tell the truth. My daughter died and I don’t like Death for taking her from me. Often, my frankness affronts others.

Death was an abstract entity before Chey's death in 1994. I knew that Death was a part of life, yet somehow, its potential soiree in my life seemed too comfortably distant for reality. Frankly, I rather feared Death, avoiding discussions about Him. Once in awhile, I would hear a story about a friend’s parent who died and I would think to myself, “One day, Joanne, mom and dad are going to die. You'll have to face it one day.” But my insulated idealism quickly hurried the reality of Death out the back door.

Naïve? Perhaps so, but it is oh so comfortable.

Then, Death found me. He knocked on my door, not concerned with justice. Or timing. Without thought to the crime He was about to commit. Death came, and He left me in the carnage. And, instead of minding proper order, He violated every righteous law of nature and took my little girl one hot summer day. I tried to fight. I kicked and screamed. I hated Death and begged Him to leave her and take me instead. I negotiated everything I had. To no avail. I lost myself in the war.

I did not even recognize myself in the muddy waters of grief. I was hollowed. Every cell in my body ached for her presence. Like Gretel, I collected crumbs, trying to find my way through the darkest forest I’d ever faced. And before I knew it, the minutes turned to days and days to weeks and weeks to years. I’m often not certain how I survived. I’m not certain that I did survive.

What wreckage Death had brought.

It has now been nearly 5,600 days since I buried my little girl. But love does not decompose as flesh. Edges from her photographs are worn from too much handling and the colors are fading but my love for her transcends time. At times, I juxtapose scenes from our two worlds, and I imagine the moment when I will see her again. I am not sure what follows this life but I believe that something does.

So while this was not a path of my choice, it is a path I must walk with careful consideration. And as time passes, I have discovered new meanings and insights about her death, and more importantly, her life. She has taught me that love is unconditional, that you cannot sit back and watch injustice; that Death is not to be feared because love is much, much bigger and stronger; that it is okay to dance in the rain; that time is merely perception; that one person can truly change the world; that kindnesses last forever; and that words really can ‘break bones.’

Euphemisms don’t ease the suffering of the bereaved. Telling someone that “God has a plan” or that “They’re in a better place” is often not helpful to many grieving people. Until society starts really talking about Death, using the dreaded d-word, and facing the realization that one day we’ll all deal with it, we won’t get any better at offering compassion, comfort, and camaraderie to those in grief.

So, in the hope that I can help another, I simply say, “My daughter died and I don’t like it. Nor will I ever accept it. Tell me your grief story and I’ll share your pain.”

I love your frankness. I too get many of these death euphemisms and they are so empty. People say she is in Heaven, which I believe, but it does NOT make it any easier. I can relate to so much of what you have said. I wish people were more willing to share their grief and talk about death in a realistic way also. Thank you for sharing this.

You are so right. It does NOT make it easier. You are a mother first. In the material world. And to let go of your precious child - well - there just aren't words.

Cait's Momma... thank you for visiting and reading. Your comment is an enormous encouragement.

I think those that have not met death and stared him in the eye are uncomfortable saying his name. When people ask what happened to my son, I tell them he died soon after birth. Died. I say the word that makes others shutter and squirm. I say it with heaviness and honesty, bringing the truth front and center. Let the person on the others side of the question navigate their own emotions as I have had to navigate mine.

I say the same if someone asks about my mom. My mom died when I was 20. Died. Let's be honest about it - I miss mom not because she is tending a garden in some heaven, but because she died.

Euphemisms have never brought me peace or comfort, rather stirring up resentment and frustration.

Thank you for this post as I think it captures so much of what many bereaved people feel.

Thank you for reading Amy. I feel the same way. And I know I've expressed my condolences about your precious little man's death. I am also very sorry about the far-too-early death of your mother. I imagine you miss them both so very much.

It does amaze me - for the length of time that humans have walked this Earth... for that same amount of time there has been death.... the majority is still clueless in how to respond to it.

How I fear that at one time in my life - I uttered something idiotic as a way to "comfort".

I don't care to know what God's plan was for Jack - my son died - it wasn't MY plan.

Thank you for your words. They help my heart more than you know.

Thank you, Jack's Mommy, for sharing your thoughts. I am very sorry that any mother needs to know this pain.

I often feel like those who give such condolences as we all have gotten are looking for a way to excuse the grief they see, as if they were saying that you should know better than to see the emotional and physical destruction left behind as a reality. Perhaps I was just way over my limits for hearing it all when I came up with my favorite response to any comment that God had a relationship to what had happened to my baby boy: "I know God has everything to do with this... which is why I have a right to be angry with Him until I'm not, and so I think I'm doing just fine to be grieving what is MY reality, not yours". I am religious, and believe that part of a two way relationship with God can include anger. Anger, usually followed by compassion, is sometimes how parent and child learn to love one another more during the teen years. I look at my life now somewhat as the teen years of my overall existence.
Thanks for the blog. Jayden's mommy is glad for the reinforcement that I'm doing just fine.

Jayden's Mommy-- what an honest response. And I love the analogy of the teenager as well. Sometimes, a loving relationship includes emotional aspects that challenge and stretch the relationship. Maybe for some, that is how our relationships are eventually enriched with trust and love and hope and compassion and faith. I don't know. Everyone is so unique in this experience of loss. I do know that this is darn painful and what you feel is real and valid and normal. Thank you for sharing.

I dont know how many times I've written in my blog how I don't want people to tell me "God has a plan" and how many people still insist on saying it to me. It's so shallow and empty.. please don't presume to know what God wanted for my life or for Kathlyn's. I wish people understood that saying "I'm sorry.." is enough, and is something I will never tire hearing. I met with my manager today for an update on "how I'm doing" (I've only been back to work 3-4 weeks since my loss) and it's so frustrating because it takes me 100% of my energy to just do my work safely (I'm a nurse, on pediatrics, HA), I can't spend ANY more enery on giving them proper death etiquitte. I need them to do some of the work of it.. I'm exhausted.

I'm sorry your little girl died. Death may be harsh, and time may bury the pain after a very long while, but like the never ending wave that reaches the beach shore, it may sometimes uncover a lost treasure that may invoke your grief again.

There is nothing you can do but the accept the truth, my friend. Wishing you the best of everything, Charmaine

Philosophical Blog of a Modern Teenager

I hated those euphamisms since we received our daughter's fatal diagnosis. I know that God is good but telling me it was His will and all that does not help me one bit. If people don't know what to say I'd rather they not say anything at all. A hug works wonderfully.