In Not-So-Loving Memory of the DSM5 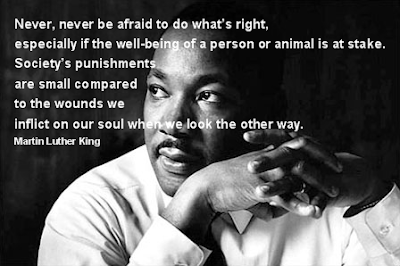 The American Psychiatric Associations's soon-to-be-released 5th iteration of the DSM was dealt a fatal blow today by the federal research agency, the National Institute of Mental Health (NIMH).

The agency's director, Tom Insel, announced it's plan to abandon the manual in its future research endeavors, noting it's "weakness is the lack of validity." Thus, the NIMH will be "re-orienting its research away from DSM categories," said Insel.

News has hit the public hard as, just prior to its demise, many esteemed researchers, clinicians, professional organizations, and members of the public rallied to oppose the manuals extreme medicalization of normal human conditions. Several boycotts have already been organized by the American Psychological Association, the Committee to Boycott the DSM5, and grassroots organizations like the MISS Foundation which have a vested interest in ensuring that bereaved parents are not affected by the too-common, over-ambitious diagnoses of mental illness and inappropriate medical intervention for normal grief.

Indeed, Insel is right. Field tests revealed very poor outcomes for the DSM5 in many categories including Major Depressive Disorder (MDD), often mistakenly treated in the bereaved parent population because of common markers which render distinguishing parents' normal enduring and painful grief from MDD a challenge, even for the most experienced clinician.

In fact, particularly in the case of child death, providers are more likely to avoid grieving parents and also experience their own psychological discomfort and vulnerability, further risking a misdiagnosis (Ah, death anxiety and denial of death (thank you Ernest Becker) are alive and well in 21st century America).

Some supporters who are particularly attached to the DSM5 may experience denial, shame, and protracted mourning for the much-revered manual (no worries, there's a pill for that). However, many of us only mourn momentarily and then we will pick ourselves up by our bootstraps and move on with our lives. Just give us two weeks, tops, to get over the loss. We won't ruminate on what we could've done differently to save the DSM5. We won't harbor guilt or shame or self-blame. Our eating and sleeping patterns won't change much in the aftermath of its demise. We won't withdraw socially or ruminate, and we won't feel worthless. No, we will celebrate a life well-lived and bow our heads as we say farewell.

Now, let's hope, in an attempt to find a new object of affection, we don't replace the former love with a new love prematurely in an attempt to fill the empty hole. And let's hope that we don't repeat the same egregious mistakes with the next trend in nosological systems. Let's hope that we can exercise some self-control and not collude with powerful corporations to create illnesses which either do not exist or wherein the 'treatment' is far worse than the purported psychological or behavioral concern.  We need not go down that path again.

We have a long way to go in the way we care for humans in suffering- a very long way to go. But we move mountains one stone - or in the case of the DSM5, one boulder - at a time. While I know that final disposition will be prolonged (this really is an historical moment), I know we are making the right choice to bid the manual adieu.

I, for one, will sleep better tonight knowing the DSM5 is well on its way to the other side.

"Empathy can cause revolution... a revolution in human relationships."

"Highly empathic people get beyond the labels."

Note to clinicians: Do not buy the DSM5. You need not spend the hundreds of dollars it will cost on what will soon be an irrelevant book.

What a great day! I am so very glad to hear the news. One can only hope that this is the beginning of the end for DSM, and,-should I dare hope?- Having to lie to insurance, label clients, and kowtow to medical psychiatry.

It boggles my mind how many clinicians have said (with regards to grief vs MDD): "Well if it gets them services then we'll just lie."

Uh- what? Really? Lie? On a person's MEDICAL RECORD? Um, isn't that ILLEGAL?

And I will sleep better knowing this book is soon to be obsolete. A door is opening to a new way of helping those in pain. Thanks to you for all you have done to make this happen.