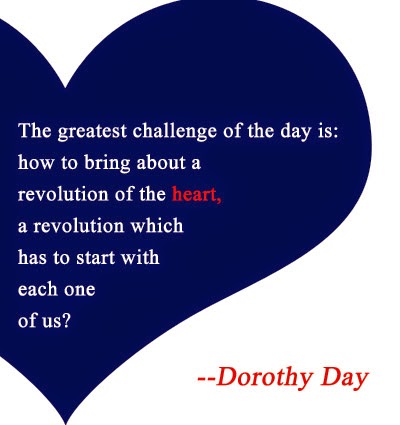 Barbarians always think of themselves as the bringers of civilization.
-Pierre Schaeffer

I went on a long walk in the sun today, contemplating many things in my usual heliotropic style. I started thinking about the ways in which imperialistic reign has harmed and exploited countless others in the name of "civilized" society.  For example, many North American native peoples were once thought to be barbarians, their ways savage, out of control, "wild" and they needed to be "tamed". The "savages" were described as "animals" for their unseemly ways of being in the world (Schwartz, 2008).   They ate when hungry, they let their children play, they worshipped different gods. Rather, the proper way of the imperialist was scheduled, sternly calm, tamed, controlled, and, yes, civilized. And of course, the imperialists, the "bringers of civilization", alway know best.

Then, I started to think about a concept I'll call 'psychological imperialism'.  Psychological imperialism occurs, much like sociopolitical imperialism, to dominate, control, and "rule over" the emotional experiences of others perceived to be savage, uncivilized, and abnormal. It's a type of psychocentrism; that is, the proclivity to judge one person's emotional experiences with an arbitrary standard set by another; and then to coerce that person into a more socially acceptable, civilized, way of being. The collective ego of those in power of the standards intimates, "I am better than (smart than, more normal than, more controlled than, more ... than) you, and thus, I will subjugate and appropriate psychological dominance over you (enter systemic egoism) as noted by W.H. Auden:   “In most poetic expressions of patriotism, it is impossible to distinguish what is one of the greatest human virtues from the worst human vice, collective egotism.”

There are, perhaps, few places wherein behaviors are not befitting a citizen in public life such as grief.  Grief is oft out of control. Grief is barbaric. It makes others crawl in their skin.  It is savagery, distasteful, animalistic. And systemic psychological imperialism is used to quell grief, to force people into dark corners of hiding with their pain, to silence a grieving mother's wailing with mind-numbing pills, to forcibly calm and control that which cannot - and should not - be controlled.

It may be time to consider rejection of this parochial practice.

And, like those who fought political imperialism throughout history, seeking to reclaim rights and land and culture and language, we- grievers- can fight against what my friend Dr. Robert Stolorow calls the psychological 'war on grief' and reclaim our right to mourn, whether civilized or more often uncivilized, primal and primitive, uncontrolled and untamable, and certainly savage:
savage (adj.)

Our grief cannot and should not be governed by others.

Revolt, with loving kindness when you can, against that which seeks to take what is yours. Listen to that sacred knowing deep in your soul that tells you this pain has its place and time, and that your Beloved's absence calls for such protestations.

When others try to force 'normal' and 'civilized' upon us, when others try to steal from us the grief we have or rush us toward a cure, when others coerce us away from tears and toward something for which we are not yet ready, remember the words of Pierre Schaeffer: those who seek to tame and civilize are, themselves, the barbarians. Who else would foist such psychological harm on a vulnerable other but a barbarian?

So hold your heads high and, listen to the admonition of Walt Whitman to reject that which "insults your soul." Hear the words of Thoreau, "all good things are wild and free", and know that the most valuable grief is precisely that: wild, wild, wild and free of imperialist influence.

“We take off into the cosmos, ready for anything: for solitude, for hardship, for exhaustion, death. Modesty forbids us to say so, but there are times when we think pretty well of ourselves. And yet, if we examine it more closely, our enthusiasm turns out to be all sham. We don't want to conquer the cosmos, we simply want to extend the boundaries of Earth to the frontiers of the cosmos.... We are humanitarian and chivalrous; we don't want to enslave other races, we simply want to bequeath them our values and take over their heritage in exchange. We think of ourselves as the Knights of the Holy Contact. This is another lie. We are only seeking Man. We have no need of other worlds. We need mirrors. (1970 English translation)”
― Stanisław Lem, Solaris