The Risk of Love 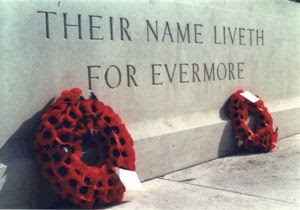 The most secure prisons are those we construct for ourselves.
Gordon Livingston, M.D.

How does one live in a world where children die?

Living in 21st Century, relatively affluent American society we are unaccustomed to the idea that children die. Yet, there was a time, not long ago- and still true in many parts of the world, when many, many children died. Two dead children in a family of four was not the exception just 100 years ago, or more commonly five dead children in a family of ten.  But our worldview- our very expectations upon which we construct our futures- patently rejects the idea that our families can be swiftly shredded at Death's whim. Due to medical advances, sanitation improvements, and other accoutrements of modern life, most have become wholly unfamiliar with early death, both during infancy and childhood as well as early adulthood, in Western society.

In fact, many believe they can beat Death at His game. Many nonprofit organizations exist to eradicate Death. They are single-cause focused. They want to cure, prevent, heal, and prolong. All worthy causes, indeed. But Death is a formidable enemy who will not secede. We may cure cancer one day, or heal brain injuries, or prevent suicide or car crashes or stillbirth or SIDS...but Death will, for us all, come one day. We can only hope that He comes for the parents first, and then that He comes for parents at the end of their lives, and not prematurely.  We can only hope that for the rest of the world's children, too. Sadly, in a world of inequity and suffering, this is unlikely.

That is why the MISS Foundation exists. Because since the beginning of man's time on this planet, children have died. And until man takes his final step on this earth, children will continue to die.   We can be imprisoned and paralyzed by fear, anxiety, grief, despair, and sadness. Our children's lives are certainly worthy of such psychological woes.  I think of the purgatorial state of the mother in the film "What Dreams May Come."  Her prison- one of her choosing- was painful for me to watch... it represented a familiar place to which I'd once condemned myself.  In a sense, perhaps, punishment to an austere life is the only justice a mother can give her dead child.

Perhaps, instead, our penalty for outliving our children is the task of seeking connection in the midst of an imperfect world, reinventing ourselves in the midst of our child's ghost, rebirthing in the midst of suffering, or finding a way to love despite the pain. Love, Livingstone says, is the ultimate risk. When we cannot change the parts we wish were different, the unfairness and cruelty of life, we've only one  choice.  To live or die.  Yet, to surrender our existence would be to abandon all that is beautiful about our children who died. Indeed, he says, living after a traumatic death is both an act of will and an act of surrender. He speaks from very personal experience.

Livingstone is a bereaved parent twice. His eldest son completed at suicide, and his youngest, only 13, died of leukemia. How does one exist in a world where children die? I think, perhaps, through that for which we are willing to risk everything- love.

" When we cannot change the parts we wish were different, the unfairness and cruelty of life, we've only one choice. To live or die. Yet, to surrender our existence would be to abandon all that is beautiful about our children who died. "


This means so much.
I am coming into this idea slowly. Climbing, climbing...
But it would seem to me they are watching us, our beautifuls, assuring the universe they made the right choice of parents... that they chose us for a reason, and they have more faith in us than we do ourselves.
I don't know. I know though.. that as many times as Dallas told me that one day I would be happy and have all the things I deserve and he would take care of me.. it would sadden him beyond belief, if I were never to reach that place.
If I ever failed him at all in life, I owe his beautiful soul now, to achieve what he must know I have to, and I have no clue of.
He is the greatest teacher I will ever have. I am trying to listen.